In my continuing quest to shape Heather into a more well-rounded geek, tonight I forced her to watch The Last Starfighter.

So feel free to stop by her blog and to remind her, via comments, Greetings, star fighter! You have been recruited by the Star League to defend the Frontier against Xur and the Ko-Dan Armada.

A couple of episodes of Doctor Who (with Colin Baker) are next in her education.

My esteemed spouse has joined NetFlix, and she received a disc in the mail the other day. Maid in Manhattan. “A chick flick,” she called it.

With Jennifer Lopez in a maid uniform, honey, it’s got something for the whole family, don’t you worry.

So we watched that tonight. I’m trying to convince Heather we don’t have to send it back right away.

Not that you asked, but since Heather and I just watched my favorite, I thought I would list the top five for you:

Nothing gets me into the spirit as much as a roaring fire, a couple beers, the smell of cordite, and these movies.

Bless them all, every one, and let God sort them out.

So after reading 50 Best (and Worst) Business Deals, I had to go and watch Wall Street to get a nut’s-eye view of the 1980s and the corporate raiders and LBO artists.

Man, what a cool movie. I rather liked Gordon Gekko, who rose from humble beginnings as a city college kid to become what he was. I mean, read his speech to Teldar stockholders. It’s a pretty rousing bit.

But almost to the end of the movie, in the confrontation between Gordon Gekko and Bid Fox over Bluestar Air, suddenly Michael Douglas opens his mouth and Oliver Stone’s economic theories come out. He calls capitalism a zero-sum game and vomits forth a Paul Krugman column.

Stone’s projecting. Everything he captures right about capitalism in the movie he negates with this single speech, where capitalists are fleas and Martin Sheen’s working man is the noble dog.

ALL THAT JAZZ: In the film “Erin Brockovich,” Julia Roberts played a working-class mom with a penchant for short skirts who, despite being constantly underestimated by men, ultimately manages to secure the largest class-action settlement in American history. But according to the Wellesley News, an all-female jazz band hired locally during the filming of Ms. Roberts’s latest film has filed a gender discrimination complaint with the Equal Employment Opportunity Commission against the actress and her production company, saying that they were paid half what an all-male band was getting in the same film. As band member Jeanne Daly told the paper: “I find it amusing that we have to ‘Erin Brockovitch’ Erin Brockovitch for [the] hypocrisy of gender discrimination.”

I find it amusing that the band member confuses Julia Roberts, the actress who portrayed a real litiguous activist in the movie Erin Brockovitch, with the title character and real person Erin Brockovitch. Since Jeanne Daly also confused proper noun ‘Erin Brockovitch’ with a verb, I’d say she’s probably a confused individual.

In the Washington Times op-ed piece entitled U.N. troop fantasies, F. Andy Messing and Elizabeth M. Stafford argue that the U.N. can’t be trusted with keeping any peace worth keeping.

However, this sticks me in the craw:

In addition, the Pakistani contingent in Somalia looked at the Somalis with contempt and committed various human rights violations, including beating the Somalis with sticks. These actions led to Mohammed Farrah Aideed’s group ambushing and killing 24 Pakistani soldiers. As a result, U.N. authorized UNSCOM to take all necessary measures against those responsible for the armed attacks. This later contributed to the deaths of American soldiers in the tragic incident recalled in the film “Blackhawk Down.” [sic, and emphasis mine]

What, is Mark Bowden Alan Dean Foster, coming along and writing novelizations of screenplays? Or do the authors of this piece think the only way to connect with their thoughtful readers is to tie the incident to a Josh Hartnett or Orlando Bloom movie? Pah!

Dirty Harry Potter: Who needs magic when you carry a magnum?

I think Die Hard is a perfectly good answer to the question What is your favorite Christmas movie?

We just saw The MetaMatrix Revolutions, and it was a good movie. The ending was a ground rule double. They just missed the homer by a couple feet.

What would the home run ending have been, you ask?

If Neo had woken up at his computer as he had at the beginning of the first movie.

The story would have turned on itself a final time, leaving the viewer to wonder the meaning of that twist.

Of course, the Far Coe Wachoviaski brothers gave up the paranoia speculative fiction after the first movie and wanted to do a messianic piece instead. Good for them.

I said good movie, but I better stop thinking about it before I change my mind. Regardless, I am glad to have seen it, if merely so I can stop talking about it and inadvertently using the name of my former employer. 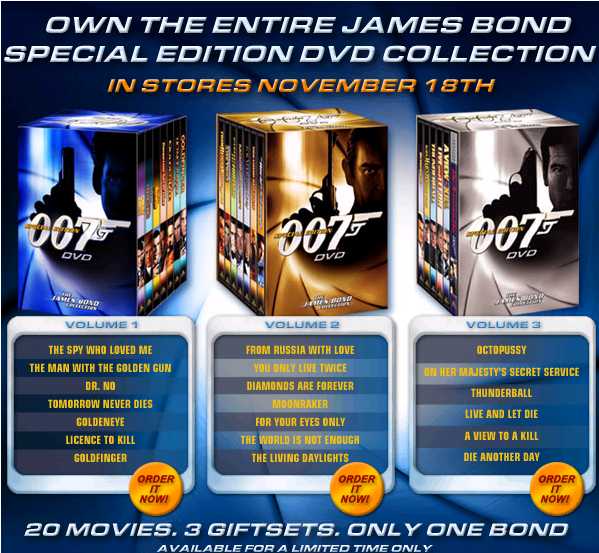 But you don’t own that movie, do you, and it’s a stain on your ego to this day!

I’d also advise against your henchmen visiting Web sites while on the clock. They might find them to be exceptional time wasters, and we don’t want them to get the short haircut for disobedience, do we?

Daniel LaRusso with a receding hairline.

Why fight it? It’s inevitable, and apparently it’s not a joke site since it’s been reported in Kentucky media.

If he wins, I am putting on my tinfoil hat and watching the movie frame-by-frame to see what their ultimate plans are.

The only movie I have seen with Veronica Lake is The Blue Dahlia (which I never finished watching, so don’t tell me if how it ends). She’s got the looks and she’s got the voice, and she’s the complete package. Unlike the sleaze stharlots of today, who run the complete spectrum from vapid to trashy, Veronica Lake’s the kind of woman you would enjoy talking to before and after.

Kinda like this sex symbol. Bangs over the eye and everything.

If you catch him, just give me four seconds with Saddam Hussein.

(Link from Right We Are, who seem to not realize I have them on my blog roll.)

(Speaking of John McClane, what could he do on a Deathstar? A question only a geek would speculate.)

Movie Mistakes.com has posted my error about Terminator, The:

After the Terminator is destroyed, Sarah Connor is loaded into the ambulance
feet-first. In real ambulances, the patient’s head is closest to the front, not
the back.

I cribbed that bit of information from Encyclopedia Brown, werd, before I ever rode in an ambulance. Cannot report first hand about the orientation in the business end of a hearse, though.

You see what cinematic sophistication I can achieve when left to my own devices, when “my own devices” means a Playstation 2 DVD player and a phone to call Pizza Hut?

This month’s Barron’s asserts that the cover girl mutual fund Tara Reid has a sexy voice. I performed a bit of due dilligence so that I could properly compare her voice to another luminary of the field: Joey Lauren Adams.

Both have a whisper quality to them, which conveys an immediate intimacy. You have to pay attention (of course, it helps that both Tara and Joey rate highly on the *.that scale) to their words.

However, in head-to-head (or larynx-to-larynx) competition, Joey’s voice is a little smokier, a little huskier, a little more babada-babada-boom (sorry to borrow your expression, Mrs. Griswold, but understand you are not up for consideration tonight). Advantage: Joey Lauren Adams!

Thankfully, though, both women have chosen to use their powers for good (acting) and not evil (telemarketing). If they had chosen the dark path, undoubtedly they could have wreaked havoc. Undoubtedly, men’s households would have more Time-Life Books and the back windows of their vehicles would have more law enforcement association stickers on them.

Get your LotR fix with the hand puppet show.

Based on recommendations from “Burning Eye” Cullina and Robert Prather, I borrowed Donnie Darko on DVD from Adam’s House of Grilling and DVDs last weekend. I watched it tonight as part of the “Heather’s Not Here Watch DVDs Until I Collapse Feature.”

Well, I was very disappointed. I thought there’d be some barking and crawling around by a sexy chick, but then I realized this movie starred the wrong Gyllenhaal. Hey, cut me some slack, if you didn’t know there was more than one, how many Gyllenhaals would you expect to find in show business? Granted, Maggie had a small role in this film, but it would have been so bad to….. well, never mind.

So I popped in the DVD and was treated to what amounted to 113 minutes of Gothic John Hughes meets American Beauty.

Actually, you want to know the movie to which I want to compare it most easily? Pump Up The Volume for the sheer quantity of red wine drunk by the authority figures when lounging at home. Do a double feature of the two and you’ll agree.

Perhaps I am reflecting upon the movie too quickly after viewing it. Maybe this is, in fact, one of those movies that you need to think about and discuss. However, I have quite a bit of faith in my perceptions of storytelling (of which moviemaking is a subset), and when confronted with a movie that makes me think too much, I just assume the artiste with the bullhorn on the set was incompetent. Sorry, such is the case here.

I am being gracious and avoiding spoilers, friends, because I realize that you might enjoy the film otherwise (you simpleton). Still, the matter’s open for debate over a couple of yummy Guinness Draughts, Adam or Robert, should you choose.

Well, friends, I am pleased to have made it through the entirety of The Long Goodbye, a Robert Ctrl-Alt-Deleteman travesty based on a novel by Saint Raymond Chandler. And by made it through, I admit it’s not the first time I tried.

This time, though, I made it through. Last time Heather was AFT (Away From Town), I only made it to the conversation between Wade and his wife describing the impotence of the writer with the innovative use of the reflection of Marlowe on the beach. When I passed that mark this time, though, I startled a cat with a loud “Huzzah!”

So what’s good about the film?

So if you’re a Chandler fan, I’d recommend viewing it. It’s not The Big Sleep or The Big Sleep, but Gould might make a better Marlowe than Bogart or Mitchum. Until The Blue Dahlia comes out on DVD, we Chandlerites have to choose our battles among those who would dare interpret his work on screen.