I mentioned my Newsweek project before; I’m collecting old Newsweek magazines and am looking through them for a particular article. I have found some interesting articles which do the same thing that catching up on months-old newspapers do–I realize, again, that’s there’s nothing new under the sun. Especially from 1977, where fears of inflation are swirling around a new president who, it turns out, is pretty weak on international affairs (not that news magazine especially speculated on this yet).

However, I discovered that the March 21, 1977 was the swimsuit issue.

I mean, it doesn’t say that on the cover; it talks about Islamic terrorism after an incident where Islamic terrorists seized hostages in Washington, D.C. Don’t remember it? Why is that?

At any rate, the issue contains a full color spread on swimsuits for the season, ostensibly a fashion story, but, c’mon, man, we know it’s to show off comely ladies in swimsuits. Newsweek is a mostly black and white magazine at this time; the only things you tend to see in color are advertisements, such as this page of a multi-page spread talking about the current Ford line-up. 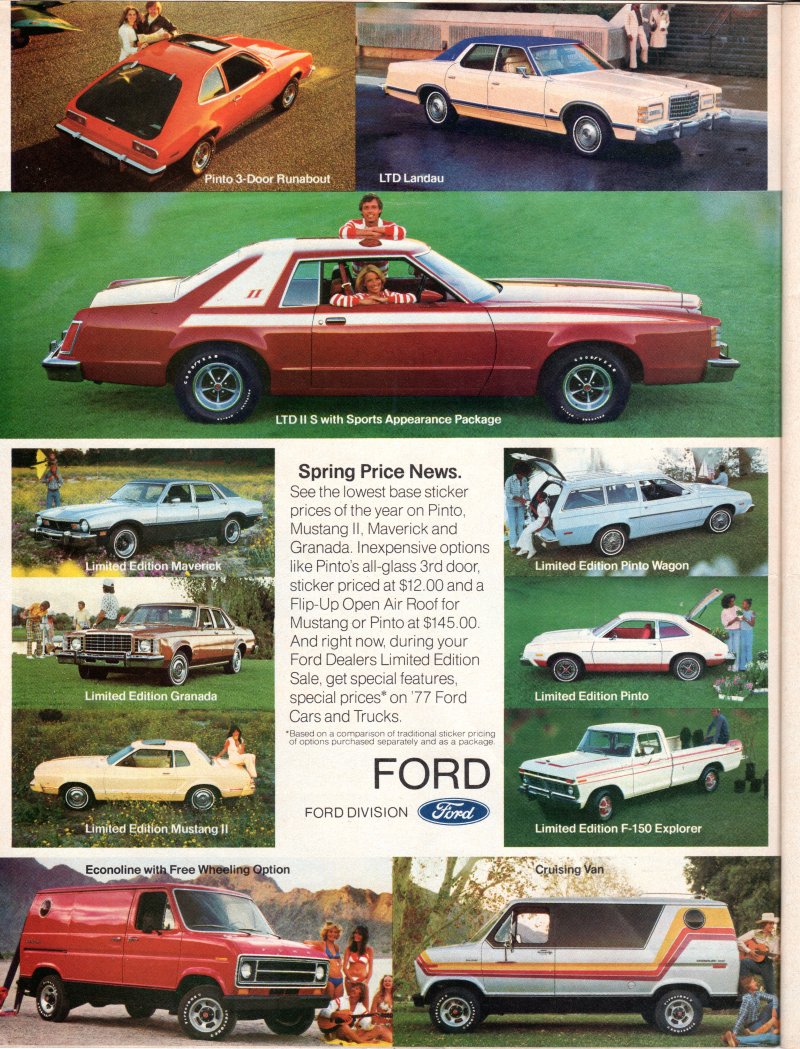 The good news is that, unlike the 1977 Ford lineup and pretty much everything else designed in the 1970s, the swimsuits are pretty timeless.