But I was not standing shoulder to shoulder with her other fans: Loren Cook Fans protect Republic, MO Amazon Fulfillment Center

Just kidding. I have never heard any of her music. Is she any good?

One moment: I have been handed a note–apparently, this is a sponsored story by a ventilation company, not a group of like-aestheticked individuals coming together to stop looting.

Wait a minute, I’ve been handed a note: The Springfield Business Journal headline is misleading. Apparently, the corporation owning the winery is buying landscaping companies.

And recognize that this might well be the very last time, at least according to the chronology of the writing, where you read Old and busted/new hotness. 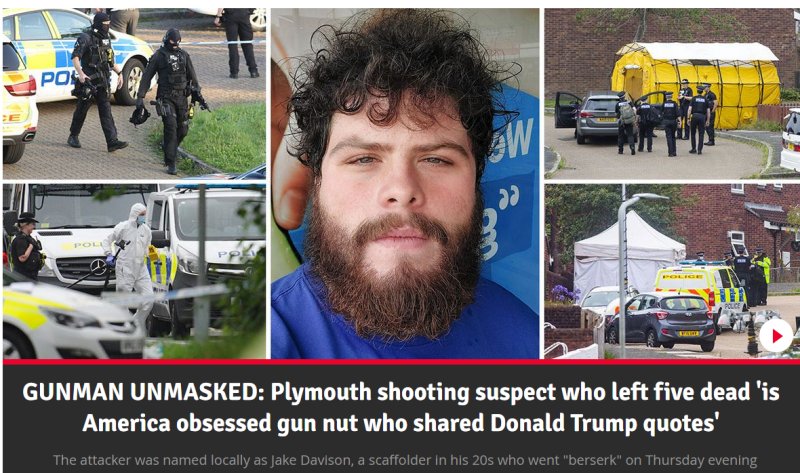 Undoubtedly, his favorite was the one where Donald Trump said if you cannot get laid, you maybe should try injecting some lead into random people; it couldn’t hurt.

You might be forgiven, casual news glancer, if you started to connect Donald Trump and QAnon and Republican with anything bad ever happening anywhere on the planet.

Forgiven? Heck, you will be rewarded with up-twinkles.

A California father confessed to killing his two young children after researching QAnon and Illuminati conspiracy theories that led him to believe they had “serpent DNA,” according to an FBI affidavit.

Matthew Taylor Coleman, a 40-year-old surf instructor, has been charged with killing his 2-year-old son and 10-month-old daughter, the Associated Press reported.

The man killed them because he was crazy. Also, estranged from their mother.

But, gentle reader, if you got the impression from the headline that he killed them because he felt the 2020 election might have had some notable irregularities and because Donald Trump told him to inject spears into his children, well, the Right Thinkers are guiding you to the Right Way.

You should have seen the tie I picked for church yesterday. Clearly my sense of taste has not been enhanced by the removal of my wisdom teeth before my failed sedation dentistry experiment of 2000.

The headline makes it sound like he got the injuries from the trip to the hospital, not the motorcycle accident, ainna?

Although one would expect they would use cow sleds instead of dogsleds.

Program looks for teachers to bring program to rural schools

Just kidding. Government programs and charitable organizations have been self-aware and looking to live on like living organisms for a long, long time.

Still, it was a funny headline. Making the program the actor in this sentence instead of the direct object.

Tesla’s new holiday update will finally give people the ability to use a new Boombox mode, which can broadcast custom audio on the outside of the car (hence the name). As is common with new Tesla features, Boombox combines real utility with lowbrow humor: owners can use fart and goat sounds in lieu of normal, boring honking sounds car horns usually make.

(Link via Ace of Spades HQ.)

If you’re using “star” to describe a supporting child actor in a television series from thirty years ago, perhaps you’re using the wrong word. Also, perhaps, you’re digging pretty deep–with reporting via email and reading tweets–to slam a Christian in or near Hollywood for engaging in Christmas activity.

Basically, Silver Dollar City wants you to come visit it before it shuts down for the off-season.

Not that it had much of an on-season this year.

I am thankful to live in times and in a society where meterologists use bomb as a metaphor, and we are not so accustomed to the concrete realities of actual bombs exploding around us with enough frequency to see what a ridiculous metaphor that is for weather which is in the range of normal.

Wait a minute: Upon actually reading the article, I see that the cat did not actually claw people who then required medical attention. Apparently, its owners just took funny pictures of it.

Which is not what I, as the owner of sometime cantankerous cats, got from the headline.

Technically, she is no longer his fiancée. I think the word the headline writer was looking for is “Somebody That He Used To Know”. Which is probably only one word in German, anyway.

By the way, I only sort of know who Lamar Odom is. I didn’t click on the story because I care. I clicked on the story to mock the headline.

Dems put divides aside, rally behind Biden at convention

If only English had a noun that means the parts after you divide something.

Ah, well, it’s devolving into nothing but grunts and emojis anyway. So what use would it be?

Volleyball soccer? I am not sure I can wait any longer to see that played at the collegiate level.

Actually, I note that the comma appears correctly atop the online story. But that won’t stop me from funnin’ on it.

I believe to remain in compliance with all possible speech codes, the headline should be Springfield young man says woman yelled racial slurs, tried to run him over. Assuming, of course, they asked his gender before making that assumption.