A YouTube playlist of retro games, mostly taken from an old videocassette series on how to beat them.

Many times, I go all When in the course of human events when I should be like Sometimes.

Two things from the SunCrest Call, a local free paper I pick up whenever the OB pats my beautiful wife on the belly and says, “Good job.” The first, an insert by the mayor of Sunset Hills: 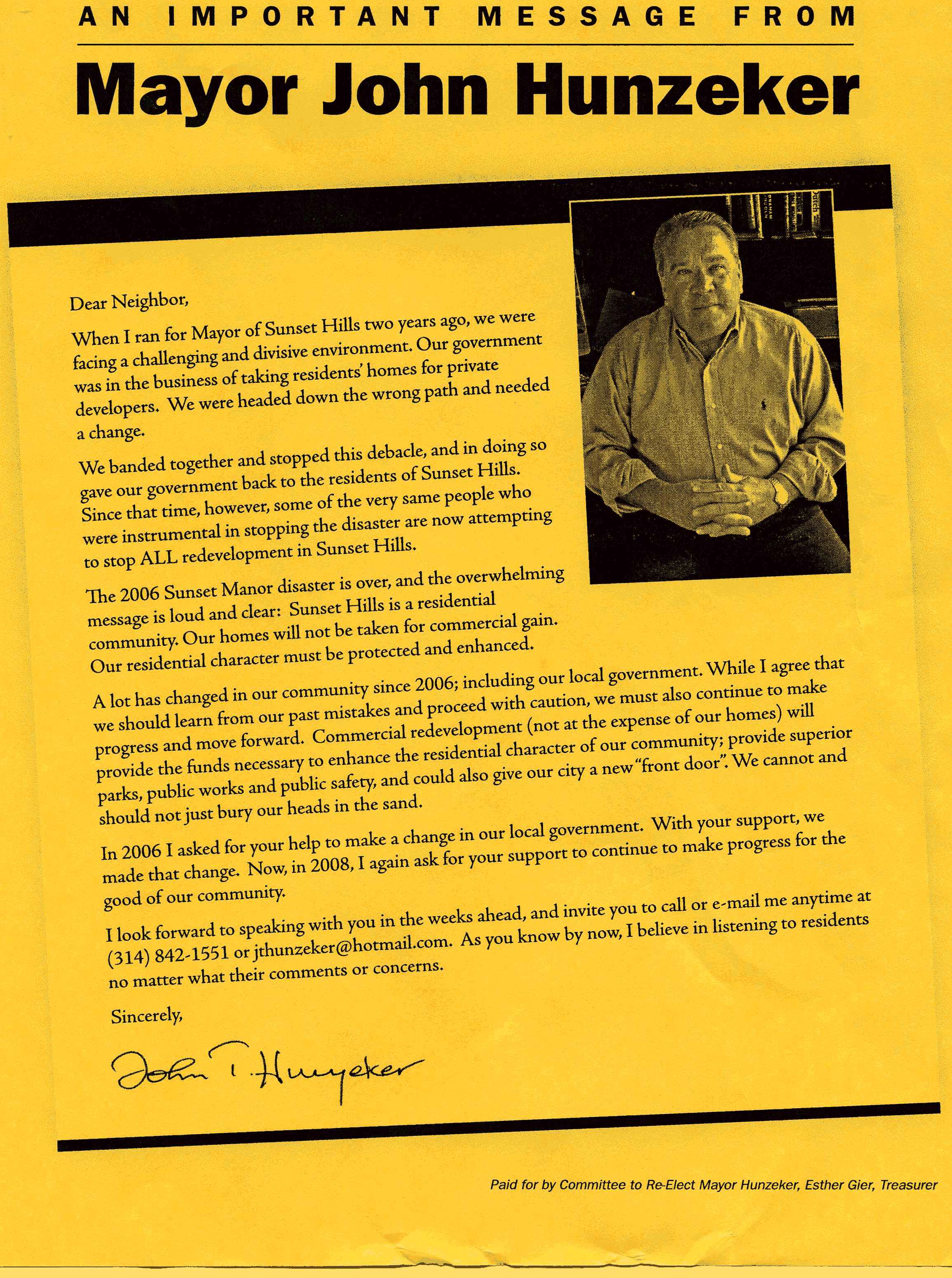 The mayor took office in Sunset Hills after the previous administration approved a redevelopment proposal that would have depopulated a subdivision. Many of the residents bought new houses before the actual buyout occurred, and when the funding for the project collapsed, ended up with double mortgages. They were not pleased and threw that bunch out, but now the new bunch wants to redevelop a different area using all of its coercive government powers, and the mayor wants to let you know he’s a better big Keynesian wheel than the last guy.

Meanwhile, a columnist in the paper lauds another mayor for using coercive government power–the power to tax some, but to not tax others–on something the columnist likes:

“There comes a time when you have to back off on your principles and do what’s best for this community.”

We commend Crestwood Mayor Roy Robinson for putting aside his former blind hatred of TIF and trying to ensure that the city has all of its economic-development tools available.

When Crestwood Mayor Roy Robinson made this statement in January 2006, some of us held back laughter, wondering how this was possible.

But two years later, Robinson has shockingly lived up to this creed.

On Feb. 12, the mayor who once ran for office opposing tax-increment financing broke a tie vote among aldermen to protect the use of TIF and, in our opinion, also protect the city’s best interests.

That is, the government can give unfair advantage to new businesses in the region and can soak existing, loyal businesses who have been part of the community for years. And principles get in the way of doing what a select set of businessmen and newspapermen want.

Because those new businesses would buy ads in that same paper, don’t you know? Well, hopefully, anyway.

Not jumping to what would probably be good suspicions, police again prefer to calm the sheep instead of alerting the citizens (Police: Deadly toxin found at Las Vegas hotel):

FBI spokesman Richard Kolko said Friday there does not appear to be a link to terrorists.

One of the arguments against massive government databases is that the rank and file government bureaucrats will have the opportunity for personal mischief. Aside from the slippery slope argument that the presence of these databases will make it easier for future tyrants. But don’t underplay how much simple human curiosity will lead to systemic abuse:

A landlord snooped on tenants to find out information about their finances. A woman repeatedly accessed her ex-boyfriend’s account after a difficult breakup. Another obtained her child’s father’s address so she could serve him court papers.

All worked for Wisconsin’s largest utility, where employees routinely accessed confidential information about acquaintances, local celebrities and others from its massive customer database.

Documents obtained by The Associated Press in an employment case involving Milwaukee-based WE Energies shine a light on a common practice in the utilities, telecommunications and accounting industries, privacy experts say.

A long time ago, I promised my wife I would do a bit on Barbara Ehrenreich’s Nickel and Dimed: On Not Getting By In America, her treatise on how poor Americans cannot make it. She built her treatise up on a flawed experiment, where she beamed herself into areas for a couple of months of trying to make it on a meager salary by herself.

Well, although I have not yet filled that promise, a kid out of school put the American dream to the test:

Alone on a dark gritty street, Adam Shepard searched for a homeless shelter. He had a gym bag, $25, and little else. A former college athlete with a bachelor’s degree, Mr. Shepard had left a comfortable life with supportive parents in Raleigh, N.C. Now he was an outsider on the wrong side of the tracks in Charles­ton, S.C.

But Shepard’s descent into poverty in the summer of 2006 was no accident. Shortly after graduating from Merrimack College in North Andover, Mass., he intentionally left his parents’ home to test the vivacity of the American Dream. His goal: to have a furnished apartment, a car, and $2,500 in savings within a year.

Here’s an interview with the kid.

I can imagine reading this book in hardback, unlike the Ehrenreich tome, which I read in paperback so that it would do less damage when I threw it across the room. Which I did more than once.

Buried in this story, an often overlooked nugget about Barack Obama:

is delivery is interesting and pleasantly cadenced, and his cigarette habit helps keep his vocal register commandingly, almost seductively, low.

Kim du Toit joins me in voting for Fred Thompson.

EMC offers an object lesson to people who would become dependent upon online services:

EMC Corp. this week confirmed that it has notified customers that a massive price increase is about to kick in for users of its hosted MozyPro backup and recovery service.

Call me a little less than Web 2.0 enthusiastic, but I’m not a fan of paying every month for software (Software as a Service, or SaaS) or relegating functions I can do locally to services that can go dark with no warning or raise fees at a whim.

Of course, I’m not a fan, either, of taking prescription drugs for indefinite periods, either.

Check out the books on her.

Because our bathrooms lack certain amenities, like storage, my sainted mother bought us a pressboard over-the-toilet storage cabinet that has a two-door cabinet, a shelf, and then a cubby with a drop-down door that was supposed to be held in place by a magnet on the cabinet and a metal disk affixed to the drop-down door. However, the adhesion between the magnet and the disk exceeded that between the disk and the door. Several times. It outlasted the original adhesive, it outlasted double-sided tape, and it would probably have outlasted the next glue I used to bond it.

Except I hit it with a laundry basket, breaking the chipboard at the two screws that acted as hinges. Irreperable enough, but now as another shelf, it will not be a problem. So I threw the pressboard door out, but, wait a minute, it has a plastic knob in it. And you never know when you might need a ten cent plastic knob. I mean, it wouldn’t be worth it to run out to the hardware store for it.

So I took it out of the pressboard door. 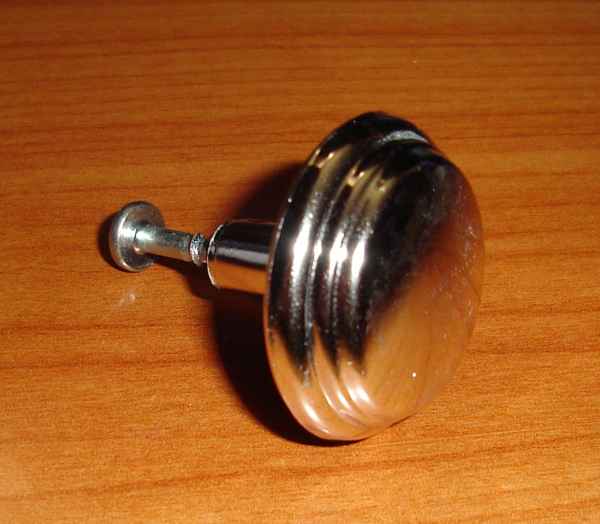 And I threw it in a drawer in my work area where I can amply forget about it, not that I’ll ever need a knob like that in the future. But I have one.

On the plus side, I did actually throw out the pressboard door, so I’m not that much of a packrat.

I knew those tiny “states” back east would be my problem. I got my first 46 in the first four minutes, remembered Delaware and Maryland at about six minutes, and then West Virginia at eight minutes and thirty seconds. But Pennsylvania? Slipped my mind entirely, even though I thought it was very pretty when I drove through it.

Which, I guess, gives you a four state head start on me. 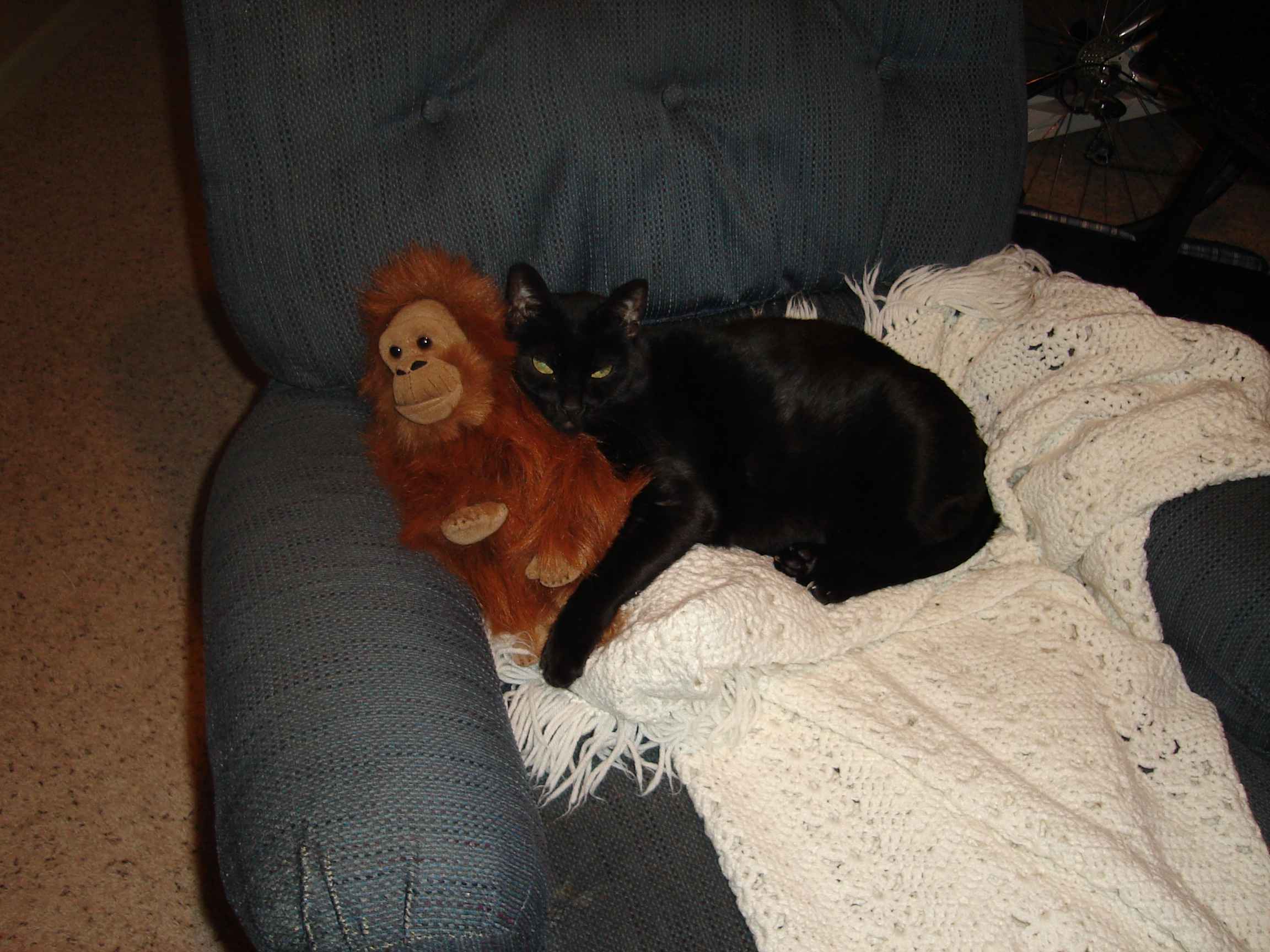 Reduced again to cat pictures. I wish I had more for you, gentle reader.

Wow, I’ve never actually wondered what pulp fiction would read if it were written by an actual 12 year old gamemaster, sitting behind a screen and rolling a couple of d20s, but this book is it.

I mean, we’ve identify people who engage in non-traditional sex as perverts or nymphos (nontraditional includes oral sex, multiple partners, and whatnot). We have exclamation points throughout! We have descriptions of rooms wherein you can imagine the pauses so you can put the furniture on the graph paper and know that the door is on the north wall, about 10 feet from the west wall. These descriptions indicate An Encounter is going to happen, wherein the good guys’ guns come out, and the words caress each Browning Hi-Power pistol and Uzi SMG. When the lead flies, the author goes into great detail describing the trajectories and major organs each round hits coupled with names and details about the deceased as if to ensure the reader that the gamemaster, er, author had information and details on index cards, and dang it, he’s going to use them.

Unfortunately, the author didn’t share the index cards with whatever sort of editing staff might have existed at Critic’s Choice paperbacks, because the typos abound, including misspelling the main character’s name once.

After enough of the sequences, the author decided one was the climax, and the book ends.

The end result, sadly, is an actual poorly-written, poorly-paced paperback that is endured rather than enjoyed.

You can guess who’s sort of unofficially rooting for a Mike Huckabee presidency. 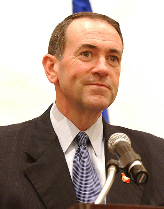 Although the film will probably get more arthouse cred if Huckabee doesn’t make the presidency. There’s gold in portraying obscurity.

MfBJN is the only hit on Google for
Monitoring the monitors "Macho man is dead!"

I can only guess what that person was looking for.

A photographer or editor with an apparent lack of astronomy experience titles a photo of last night’s eclipse The Moon In An Otherworldly Moment.

The Anchoress celebrates the semicolon.

As regular readers and any users of documentation I’ve written know, I use it because I can. Also, it shows readers that I am one of the Haves when it comes to grammar sophistication and wealth.