So I spent some time on Thanksgiving with an X-Acto knife and fifteen-year-old copies of magazines like French Cottage and English Garden that I bought at an estate sale in the autumn and that languished on the desk in my parlor ever since. Don’t ask me what for.

But I did snicker at this article headline. 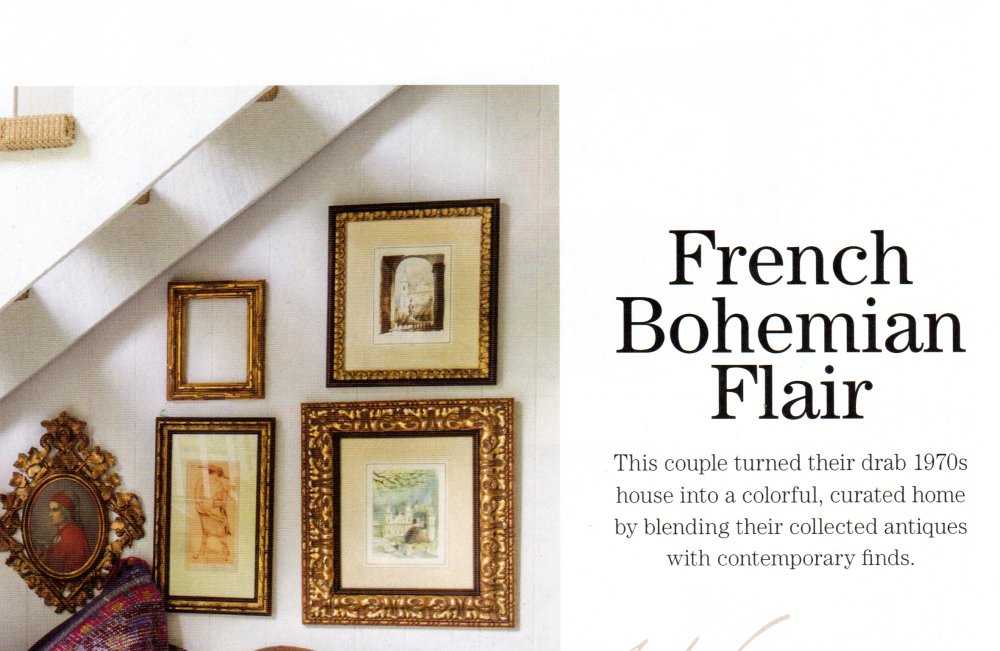 French Bohemian flair? That’s like saying Canadian Mexican flair. One suspects the headline writer only knew Bohemian as the adjective for funky hippie artistic, not that Bohemia was an actual place in Europe that’s now part of, what, the Czech Republic? Although it has been held by the Germans and the Holy Roman Empire in the past, it has never been part of France.

Oh, all right, I’ll tell you why: Because this autumn, I did a couple of découpage projects, and I bought a big bottle of Mod Podge for them, so I thought I’d pick up some magazines to look for images to use in collages. So I finally got around to cutting out promising looking images and discarding the remainder of the magazines. When my beautiful wife asked me about it, I gave her the real answer: I am generating raw materials for crafts that I won’t get around to doing, much like already clutter the shelves in the garage.