Yesterday, we dropped by the annual garage sale at church that benefits the youth group. It always happens on spring break, which always catches us by surprise, as we like to clean out a little and donate some things, and we always end up just dumping random nearby things into a box.

But never books. No, never books. Well, unless they’re duplicates or titles that I decide I will probably never want to read.

But I did manage to find a couple for myself at the sale. 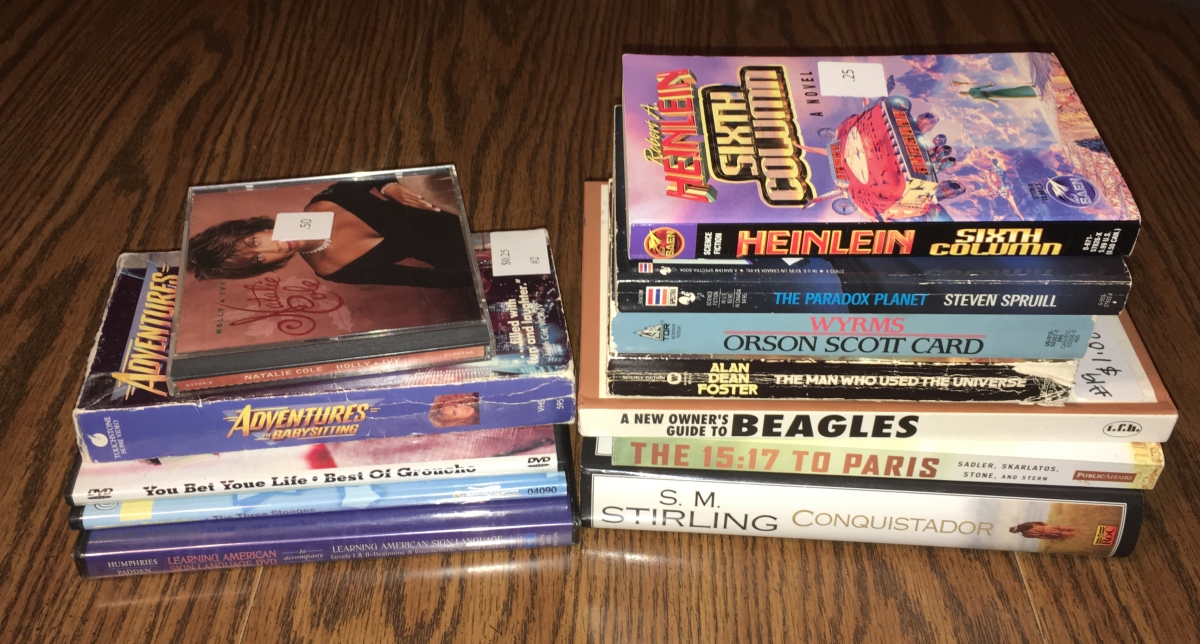 I also got Natalie Cole’s Christmas album Holly & Ivy along with DVDs on learning American Sign Language, a Groucho Marx compilation from You Bet Your Life, and a collection of The Three Stooges films, and Adventures in Babysitting on VHS.

But we got a couple of kids a couple miles closer to the national youth gathering in Minneapolis this summer if nothing else.