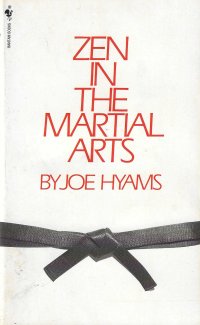 I bought this book a couple weeks ago at ABC Books when I made the first of my recent runs on the martial arts section. I read it on a recent business trip to Chicago, and I really enjoyed it.

It’s not a long book–133 pages, and the chapters are short, generally a page or two story or anecdote from martial arts training and a bit of a lesson. The Zen it goes into is not the ontological Buddhism nor the practice of completely emptying oneself to escape the futility of life. Rather, it’s more geared to what we would later call mindfulness, with lessons on being present in the moment fully and in flowing. So good reminders.

And let’s talk a moment about the author. I had no idea who Joe Hyams was, but look at his Wikipedia entry. Born in 1923, served in World War II (Purple Heart and Bronze Star), worked for Stars and Stripes, went into newspaperin’, was sent to Mexico to cover illegal immigration (is that still a thing?), wrote a blockbuster story, was given some time off in Los Angeles as a reward and was told–perhaps jokingly–to interview movie stars that he met, and ended up scoring interviews first with Bogart and then his co-stars, became a full time entertainment columnist, studied martial arts as a student with Bruce Lee and then took lessons from Bruce Lee, studied several martial arts disciplines, wrote stars’ biographies, travelled with his wife Elke….

Jeez, the guy is Hemingway: The Next Generation, but without the legacy of novels.

So, yeah, the book has a lot of stories about Bruce Lee teaching this guy lessons. But they’re good lessons. And I really enjoyed the book. If I can remember to and if I’m not overwhelmed by the sheer weight of the unread books in the Nogglestead library, I should like to read it again. Definitely a better devotional than the Thich Naht Hahn, the Joko Beck, the Pirsig, the Suzuki, or even the forgotten The Zen Way to the Martial Arts.

Oh, and his wife Elke? He married Elke Sommer when she was 24 and he was 41. It’s not often I can turn a book report into a Rule 5 post, but here we are.

Elke Sommer was a German actress who made a bunch of films and television appearances in the 1960s and 1970s. I was going to say that I don’t know if I’d ever seen her work, but she was in Casino Royale and on episodes of The Dean Martin Show, so I might have seen her very recently indeed. 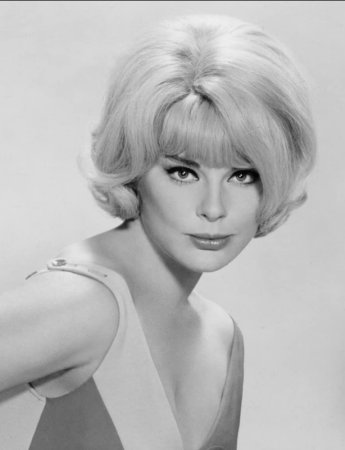 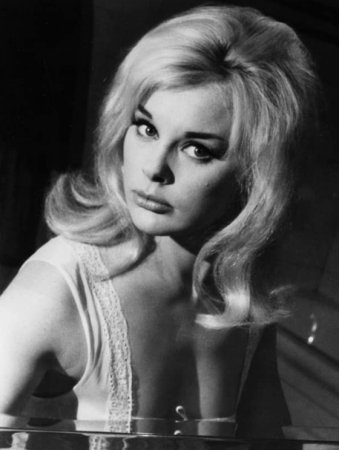 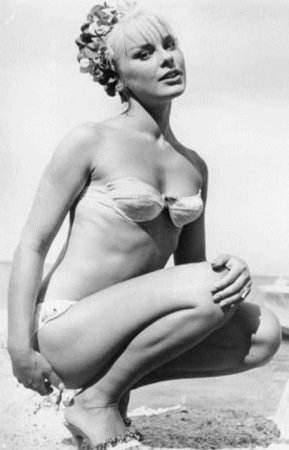 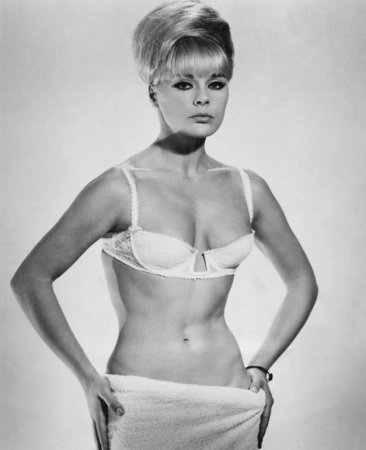 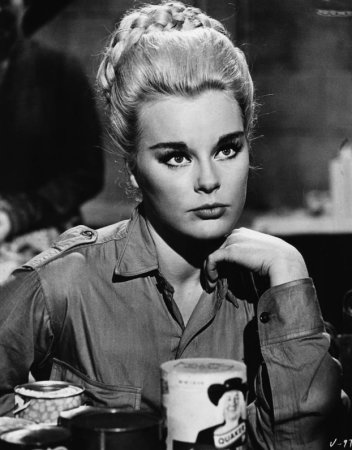 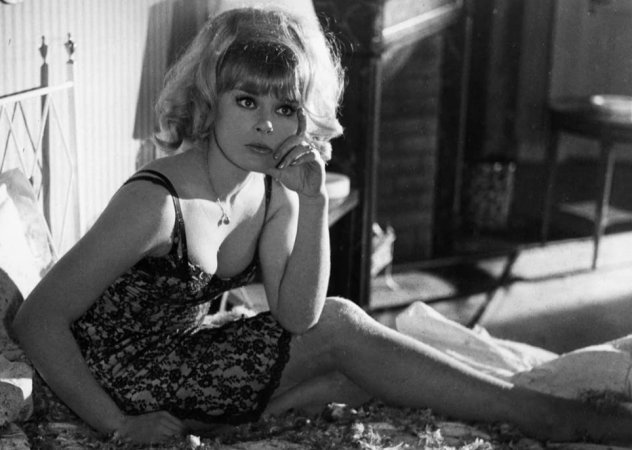 She was Hyam’s, what, fourth wife? They divorced, after almost thirty years, in 1993, and she married her second husband in 1993. They’re still married. So she’s as loyal as she is beautiful.