For the third weekend in a row, ABC Books had a book signing. This time, Marshfield’s Randy H. Greer came in to sign copies of his new book Buff Lamb: Lion of the Ozarks about a lawman in Christian County (which is only a mile and a half south of me; if I take the long route for a walk, run, or bike ride, I nick into Christian County for a little bit of it). I thought the story sounded familiar–I remember reading about this sheriff or one like him in one of my local papers–it turns out, a bit about this book appeared in the Marshfield Mail, where I had likely seen it.

I got a couple of things. 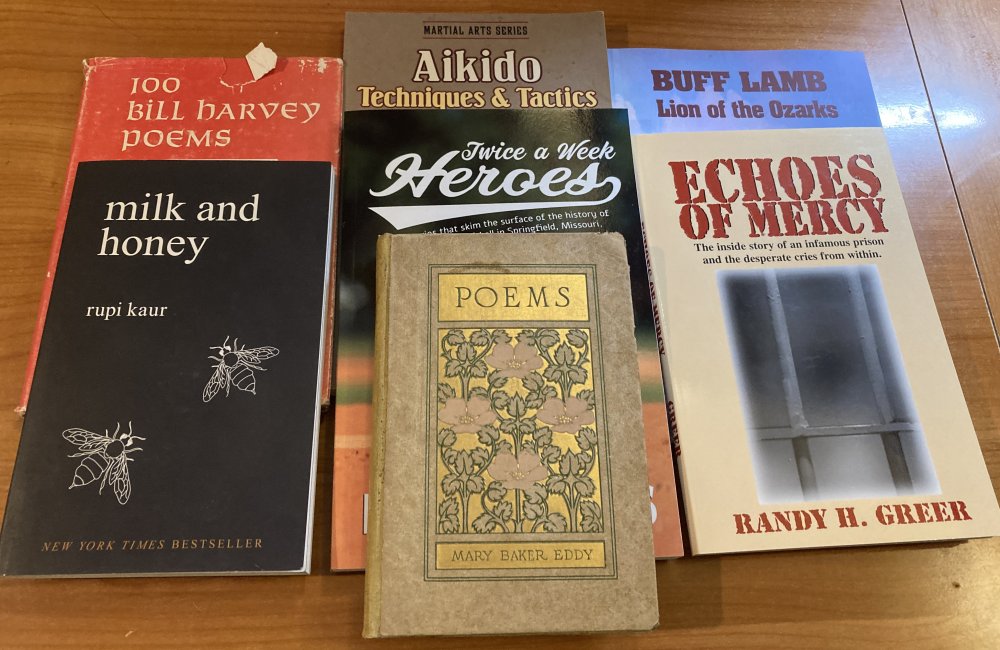 At any rate, it should give me a couple of handy collections of poetry to read out back in the evening. If I can find them again easily once I move them off of my desk and into the stacks of the Nogglestead library, where books just disappear.