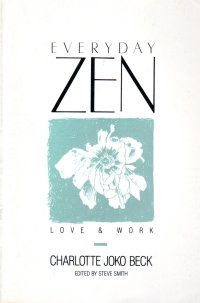 It took me a long time to go through this book. A couple of years, actually. I had it as my carry book for a while, which meant I’d put it on my dresser (a book accumulation point) and would throw it in my gym bag when going to the martial arts school or carry it along to church to read during the Sunday school hour, after which I throw it into my beautiful wife’s tote bag as I carry it to the car.

At some point, the book disappeared, and I thought I had put it into the tote bag, and it had disappeared into my wife’s sometimes untidy office, and I kind of found something else to read.

Well, I was recently cleaning out my gym bag, and I found that it had fallen to the bottom, beneath eight year old magazines that I’ll read one of these days at the martial arts school. No, scratch that: as our boys are in class with us for the nonce and are rapidly reaching the age of the adult classes, the nights where I’d show up at the school at 4:15 and have two hours until my class started are over, so I won’t be reading much at the dojo at all. So I can probably remove those old magazines unless I’m keeping them in the gym bag for the rare occasions when I go to the YMCA and finish my workout before my family does. But that does not happen often. So the glory days of the carry book are over.

But I digress. This book collects talks that Zen master Joko gave during sesshin weekend retreats like what you find in Shunryu Suzuki’s Zen Mind, Beginner’s Mind.

I’ve mentioned before, I think, that the Buddhist ontology really doesn’t work for me. I’m one of those grazers who reads this sort of thing for the mindfulness and detachment lessons, but this book really does emphasize elements of the ontology that make me recoil a bit. I mean, the passivity in accepting each moment as it unfolds and not wanting anything out of it conflicts with, you know, getting anything done. Whether it’s picking up the house or changing the world, the book and its talks glides around what exactly it is that makes you decide what to do to do it instead of just chilling and enjoying the moment at a near-id level.

I think I’ll stick with stoicism which at least gives a little bit of a spark to get you moving. And the mindfulness training that you find in both.