The other evening driving out of Nogglestead, we frightened a couple of turkey vultures from their bounty at the end of the driveway. I assumed the hawks had gotten and dropped another bird, but when I went to the mailbox on foot, I saw what they had been picking at. 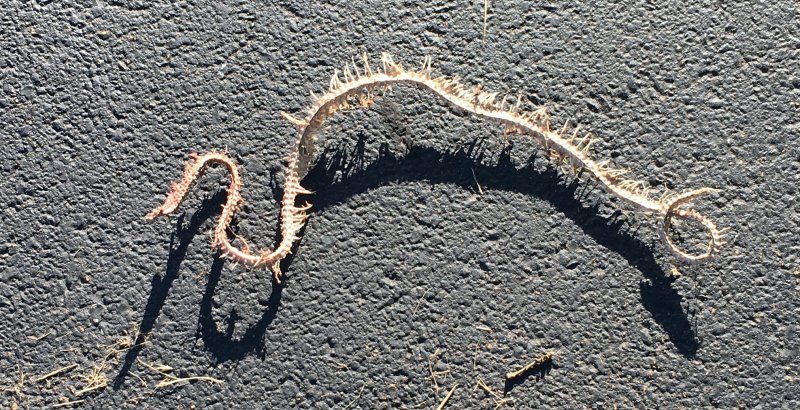 I wondered if it might be the remains of the famous Ozarkian giant carnivorous, venomous centipedes, but it’s actually a snake skeleton. Given that it’s picked pretty clean, they probably dragged an old skeleton out of the ditch to pick at.

But when presented with a snake skeleton, of course I had to take a picture and put a wry comment on Facebook. But a snake skeleton yields more quips than a single Facebook post could provide.

Think of this as a multiple choice quiz. Try to guess the quip I actually went with on Facebook and post your own in the comments.

Strangely enough, there’s enough boy in me yet that I have the urge to do something with the skeleton other than toss it in the ditch on the other side of the road. Instead, I will probably ignore it until it gets crushed by passing cars or disappears–possibly due to the intervention of actual boys present in the household. I’ll let you know if I find it in their rooms in a couple years when cleaning them after they move out.