So, over the weekend, I scoured my bookshelves for a book on food and a book by a Native American author to fill out my Winter 2021 Reading Challenge form. I thought I might have a Native American poet (another one, I mean, since I read Linda Hogan’s Savings right before the challenge began) or maybe a collection of Native American folklore like Raven Steals the Light written by a Native American. At the very least, I know I have a contemporary history of the Spanish conquest called The Broken Spears (which I bought in 2008 that I could count.

But I came up empty.

Well, not exactly: I found a complete idiot or dummy’s guide to healing foods, which I promptly lost again after I set it aside. I also found a lot of good books I want to read when the reading challenge is over, including Larry McMurtry’s The Last Picture Show and Hud, the latter being the movie tie-in for Horseman, Pass By (I just read McMurtry’s Books: A Memoir for the reading challenge, as you might recall).

But I did find an independent copy of Agatha Christie’s The Caribbean Mystery, which I read last year in the omnibus edition of Five Miss Marple Mysteries. As I started to enter it into my book database because I can safely put it on my Read bookshelves (and if I didn’t do it now, gentle reader, I would likely have forgotten that I read it the next time I encountered it on my To-Read shelves). When I opened the cover of the cheap book club edition, I saw a previous price stapled to the front cover. 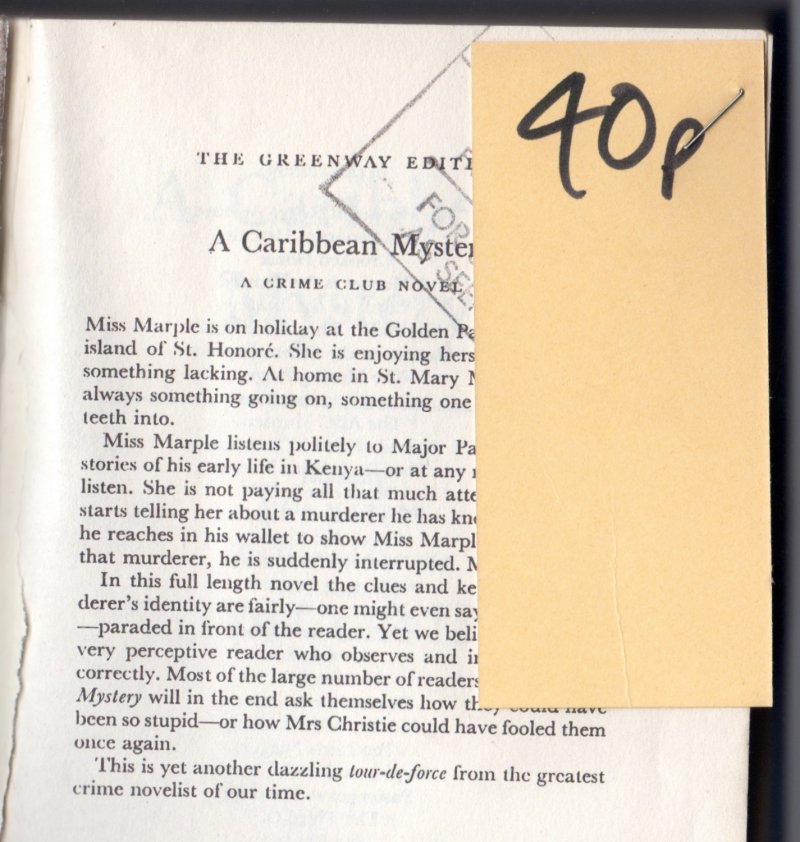 Sure enough: This particular edition is from the Crime Club, a London book club, and this particular volume was in the Kensington and Chelsea Public Libraries for a while before being remaindered and sold, perhaps for sixty pence. 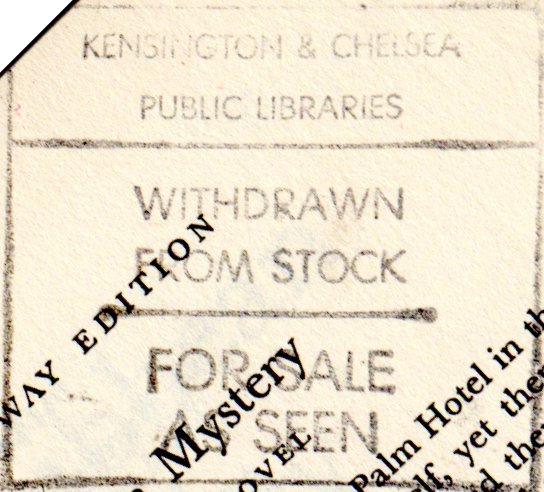 You know, I’ve gotten books that started out in England before (see Five Themes of Today). I’m always amazed when they end up in my library here in the southwest corner of Missouri. Perhaps, sometimes, the books could tell better stories of their journeys than the stories in their covers.