The final book fair of the season, the Carondolet YMCA book fair, no longer takes place at the Carondolet YMCA. As a matter of fact, I overheard at the new venue that the Loughborough YMCA is closing down since there’s a new, more modern facility available. A shame, really, since the old building was historic in nature. Also, because the books were spread over a number of rooms, they didn’t overwhelm one, unlike the hockey rink in a South County park that had a checkout line wrapping into the bleachers when we came in.

I didn’t even hit the fiction section before calling it a day, as I’d carried my fifty pounds (eventually) of books for part of or most of an hour and a half just getting through four of the six rows of tables. I’ve got so many books and read so few these days that I get little joy from my compulsive acquisition these days.

So here’s what I got: 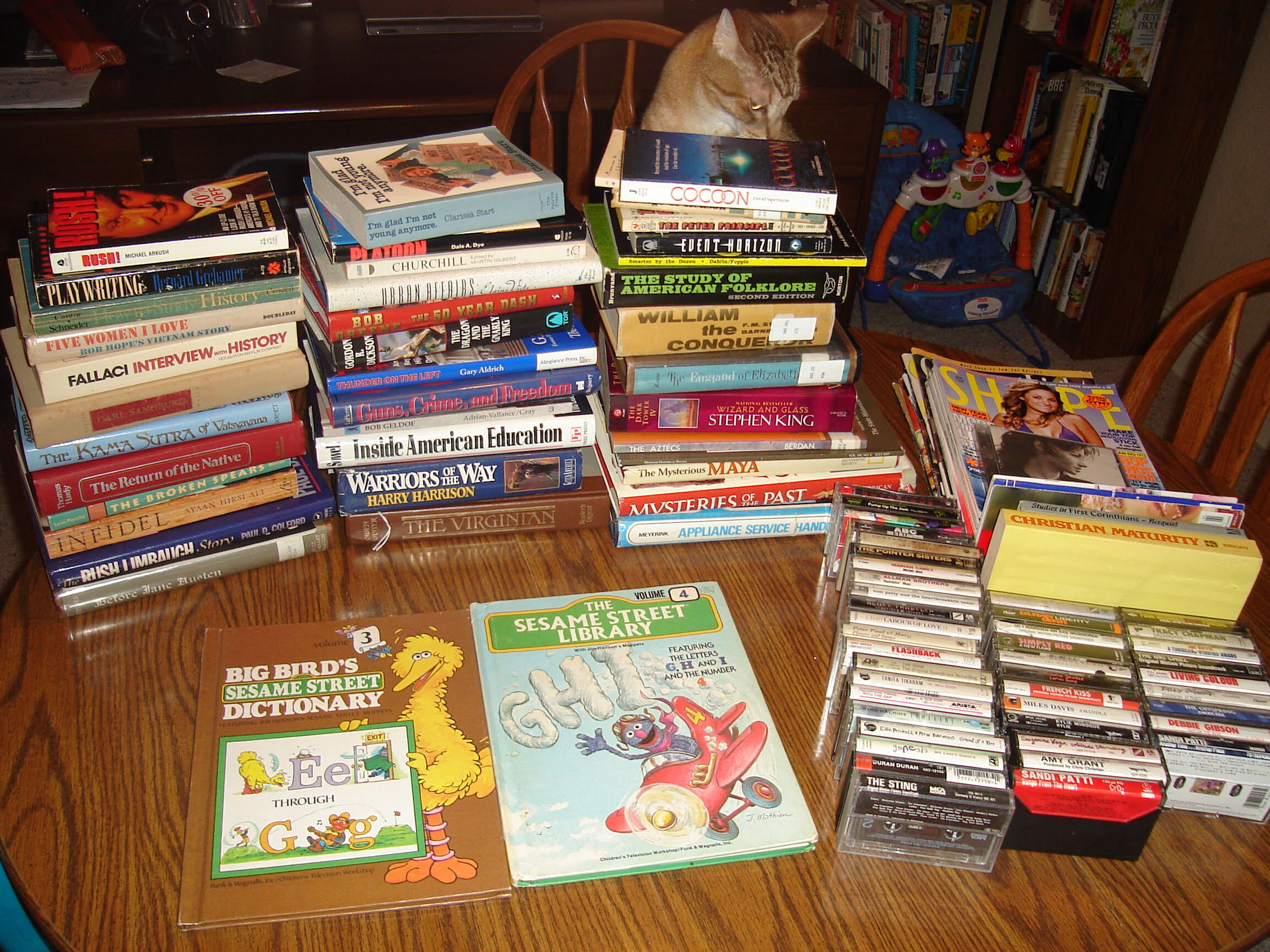 As you can see, Mrs. Noggle bought a couple cookbooks, a couple books, a stack of magazines, and dozens of cassettes. The children got a couple of books.

Loading these onto the to read shelves, I note I have just a litle space left. No doubt I’ll accidentally fill this in the coming months. Then I’ll have to start determining what furniture we sacrifice for more bookshelves. But that’s not really a sacrifice, is it? Or perhaps I can somehow justify renting storage somewhere….