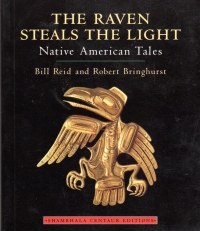 I read this book in a single day in a little over an hour of sustained reading time. It is 150 pages of roughly 5″ by 5″ paper containing 9 Native American myths/tales, many of which feature Raven, the trickster god (?).

The stories are whimsical, and the flavor of the Native American/American Indian myths differs from those of the classical Greek myths. They’re more Hiawatha and Brothers Grimm, at least in the fantastic elements but not as bloody.

You could probably read these to your kids without fear of harming their sensibilities, and Disney could probably make them into films without too many changes. So they’ve got that going for them.