Well, I finished this book. The Bolan Number for this book is only two (Black Hand and War Hammer, although I did start a Larry Dablemont book as well, so maybe the Bolan Number should have a decimal–albeit, it would be a low decimal, like maybe .05). Perhaps there should be a Bolan Quotient, which would be the number of other books I read divided by the total number of pages in the piece of classic fiction during which I read other books. I mean, I read two plus books in Wuthering Heights, and it’s 326 pages plus an introduction (which I read last, of course). I have since started Dickens’ Davif Copperfield, and it’s twice the length. It hardly seems fair to compare Bolan Number to Bolan Number between these books since one is twice the length of the other.

Although the professor of The English Novel (Timothy Spurgin, if you’re keeping track) ascribes the birth of the frame story and the unreliablish narrator (why is the narrator telling the story?) to Joseph Conrad, this book has the same thing going on. A servant relates most of the story to a tenant who rents the neighbor house from the orphan after he has become master when said tenant meets the residents of Wuthering Heights in real time and then falls ill and asks her about them. So…. Who is Mrs. Dean, and why does she tell this story to a stranger? I mean, throughout even her story, she seems a bit conniving, gossipy, and although powerless to alter the precedings (as she tells it), she still keeps a job (among the other servants who do not). And after the ill tenant recovers and leaves with eight months on his lease, he returns on a lark to find the orphan has died, the daughter’s daughter has fallen for the rustic cousin–the son of the older brother who treated the orphan badly–whom she treated cruelly her part of the first ninety percent of the book, and there might be a happy ending after all!

I spent most of this book wanting to beat all of the characters with a stick. Only the original papa that brought in the orphan child eluded my predisposal to violence, but I thought maybe the big reveal would be that it was his own illegitimate son (I see from the Wikipedia entry that some critics have speculated this was the intent). But, no. All a bunch of vapid, cruel, mean, and evil characters; even the nice-seeming ones end up cruel and mean until the end is tacked on.

I read the introduction last, as is my wont, and I discovered just how awesome this book really is. It’s a dream-like musing on brutality of the moors or something. Also, I learned many salacious details of Emily Brontë’s life, like she was a closeted lesbian and/or had an incestous relationship with her brother. Or that Charlotte wrote this book–it appeared after Jane Eyre (which I read in 2019 and prefer). She, Charlotte, did edit a revised edition of the book in 1850 after her sister’s death, but she really insists her sister wrote it. I am not so into textual analysis and literary forensics to dispute it.

I do wonder if the Brontës punched above their weight in the canon, though, as Jane Eyre was okay, but this book was not very good, and you don’t really hear about the other novels except maybe Anne’s Agnes Grey and only then when reading about the sisters. Their books were originally published under pseudonyms, which gave them an air of mystery and allowed for speculation, and Charlotte was very active in curating and correcting their works for posterity. Also, they were women writing in a male dominated world, so they stand out for study for that. They also all died young–Charlotte lived the longest, to age 39. If not for all these factors, would only English professors think of them in the 21st century? Just kidding. This is the 21st century, you know–I am not even sure if English professors think of them these days.

At any rate, it does give me reason to run this again, which I first ran in January, 2017, before I re-read Jane Eyre: 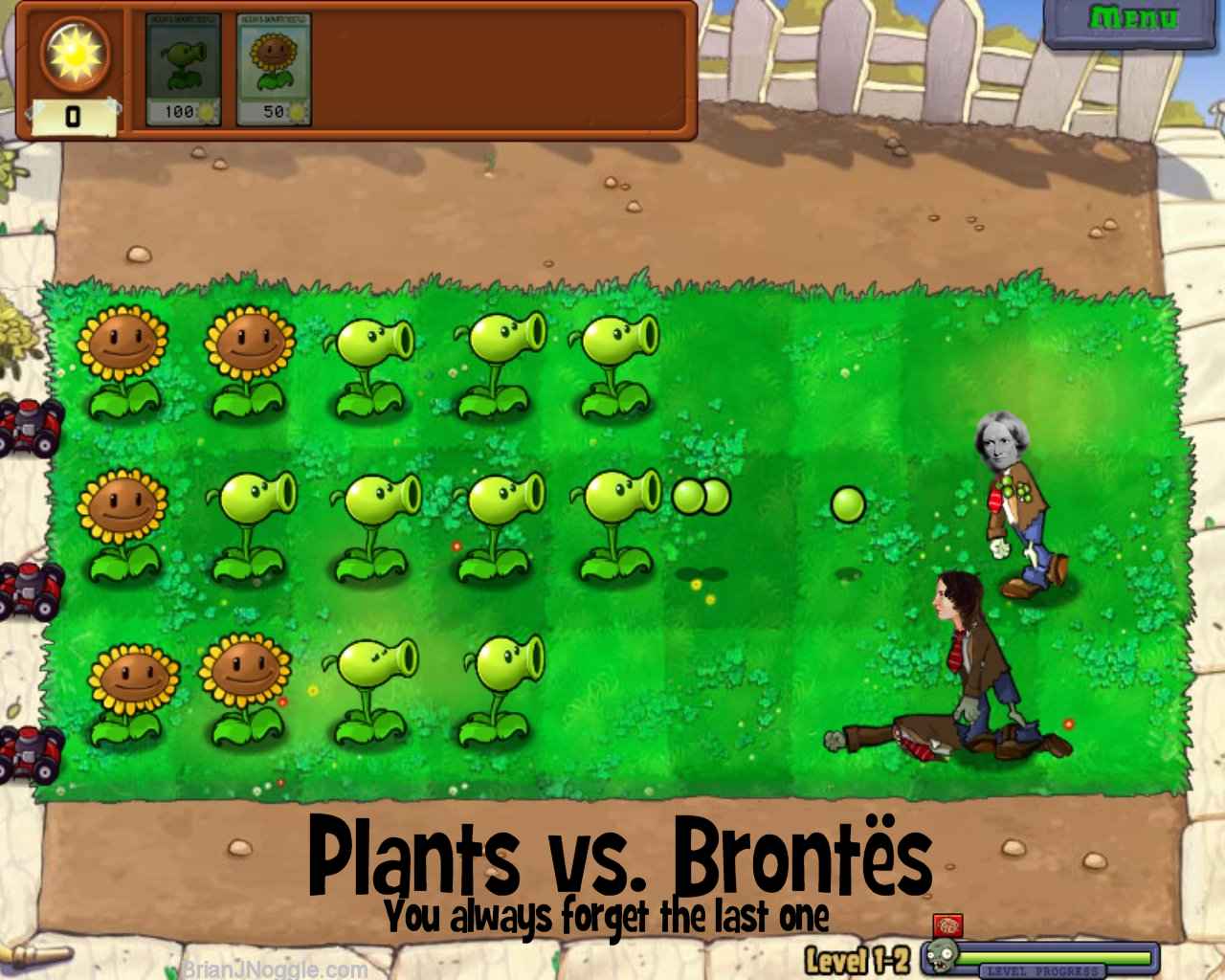 I am pretty good on being able to name all three, and I shall probably be able to remember the name of the brother (Branwell) as well. Which will definitely help me in trivia nights if such things ever come to pass. As might knowing that "Wuthering Heights" was Kate Bush’s biggest single, which I just learned in researching this book report. So this book proved educational in 20th century trivia, too.