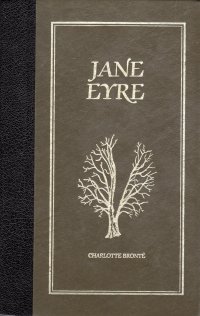 This book shall probably forever hold the Personal Record in my life for the longest time between re-reads at 33 years. I read this book as a freshman in high school and didn’t remember that much from it except the basic outline of a servant woman working and falling for a rich man with a crazy wife in the attic. Uh, spoiler alert.

So not long after I read The Count of Monte Cristo, I spotted this book on my shelf and decided to pick it up since it was a classic and shorter than the aforementioned The Count of Monte Cristo. Still, it took me two weeks to read the book, partially because my evenings have been pretty active in those two weeks with watching playoff hockey and the less occasional movie.

On re-read, I recognize and appreciate the three part structure of the book. The first part is Jane’s unhappy youth at her aunt’s place and the charity school she attends; the second her life as the governess at the said home with a said lunatic; and the third is her life after she’s fled from Mr. Rochester after discovering his secret at the altar when she was going to marry him.

You’ve got a bunch of hints that Jane has some wealth coming (she does), a little bit of resolution with her family line (her mother was from a moneyed family that disinherited her when she married a poor clergyman, and the moneyed family lost the money in a bad speculation), and whatnot. It’s one of those tangly Gothic romances, you know.

It does, however, offer a bunch of topics for school papers, though. You can explore Jane Eyre’s personality: Is she really strong? She yields a lot to circumstances and strong male figures. Is her endurance a strength? Is it weakness? One could talk about the proper ways women relate to men: Should they yield as Jane does? You could talk about the roles of class. You could write about how Jane can only really be with Rochester when he is humbled. I’m sure many could.

Me, I’m thinking that this book warped me at a young age as to how imperious and haughty one can be and still get the chicks. It didn’t work for me throughout school. But I eventually got a babe, so maybe not too much.

So it was interesting to read, shorter than The Count of Monte Cristo, and it makes me feel worthy of my English degree to have returned to it.

But I don’t think I’ll read it in another 33 years when I’m eighty. I’ll not be that far into the to-read shelves by then.

Wait a minute, Brian J., are you saying that you’ve re-read Me and My Little Brain as an adult? Well, gentle reader, I didn’t think you were paying attention. So this re-read of Jane Eyre is probably not my personal record, but I can pinpoint the time when I read it to give it an absolute number, so I went with it. Me and My Little Brain probably went almost forty years between readings. EVERYTHING YOU READ ON THIS SITE IS A LIE! Except the part about my beautiful wife being beautiful.