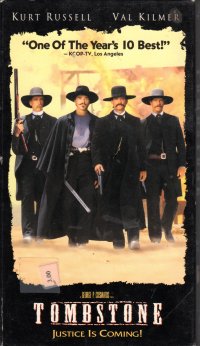 As it turns out, betting on my watching this film before Her Alibi would have lost you money. Which is why I never bet against myself: I am unpredictable.

Okay, so this film has become some sort of cultural touchstone or something. It’s an early 1990s western, when those resurged on the big screen perhaps thanks to Dances with Wolves (1990) or Lonesome Dove (1989) more than Young Guns (1988). So it’s serious and dramatic. It tells the story, basically, of Wyatt Earp coming to Tombstone with his brothers and families, ending up the marshal, and then taking on the Cowboys, a large gang ranging over the southwest. It stars Kurt Russell as Wyatt Earp, Sam Elliot as Virgil Earp, Tom Paxton as The Earp That Dies, Val Kilmer as Doc Holliday, Dana Delany as a traveling actress, Powers Boothe as the leader of the Cowboys, and a bunch of other people you’d recognize.

So, as I said, it became a bit of a touchstone amongst people who like Westerns, which is a euphemism for men for this modern age, of a certain age. Gen X, maybe, with some younger Boomers perhaps. Some people continue to quote it, although “I’m your huckleberry” is the only line I remember, although I see this GIF around from time to time:

I dunno; I did not see it when it was fresh. I must have seen it on cable at some point, as I just bought the VHS I own. So it didn’t hit me with a culture-hitting-you-when-you’re-growing-up resonance. It’s okay; the first part is fairly linear, but after the surviving Earps decamp from Tombstone, it gets a little montage-y until the final climax and denouement. So not on the top of my list of Westerns.

It didn’t help that this VHS was pretty well used, with some jumping on playback. Clearly someone watched this film over and over before me.

Dana Delany stars as the traveling actress who wins Wyatt Earp in the end: 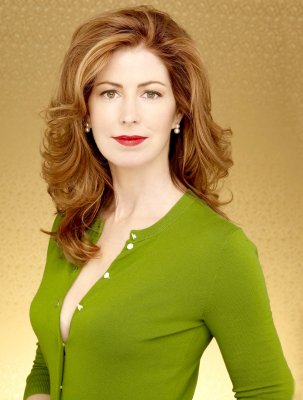 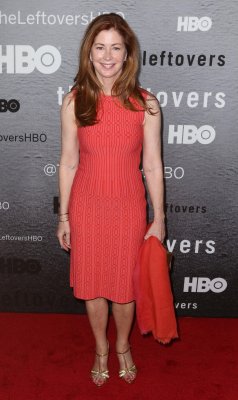 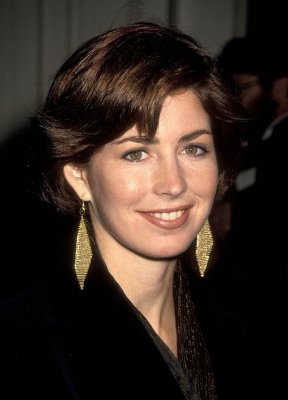 I remember Delany most from China Beach, which I did not actually watch because it came on at 9pm, which was my bedtime. I do remember clipping a photo of her from a tabloid and posting it by my bunk in the trailer I lived in.

The film also has Dana Wheeler-Nicholson, whom I mostly associate with Fletch because I have seen that film over and over again. 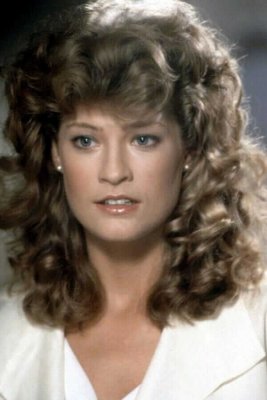 Both are a far sight prettier than Dana Elcar, for sure.