Gentle reader, I sneaked out again for a couple of days on you. My sons are at camp this week, so my beautiful wife and I drifted away to a Branson resort for a couple of days on our own. It was not the first time we’ve gotten away since we had kids–we went to St. Louis a year ago, and to Tampa a couple years before that on business. So we do have these adult getaways, but only every couple of years on average. This might have been our fourth in fifteen years of child husbandry.

At any rate, we planned to go hiking in a state park, but scattered showers enjoined in a downpour just as we were getting out of the car, so we altered our plans to visit a couple of thrift stores in downtown Branson. We hit the animal shelter thrift store and another “thrift store” next week that did not say what charitable organization it supported, so it might have been a second hand store.

I got some books, DVDs, books on tape, and a couple of CDs. 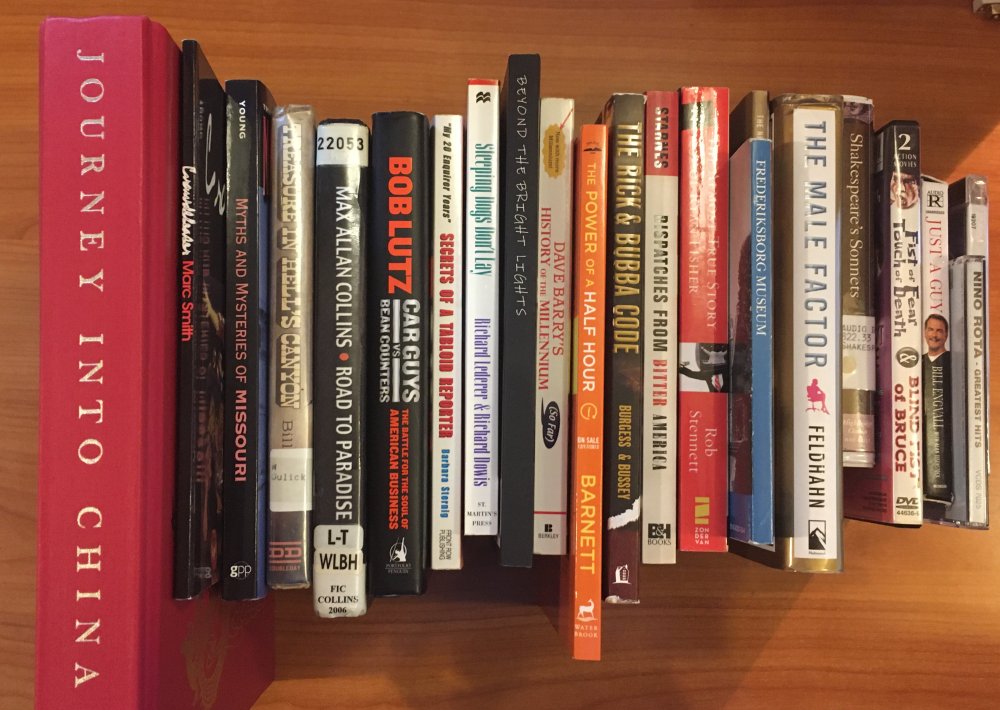 Were I betting man, I would place money that I read the play or the poetry first.

Man, I don’t know where I am going to go with these books. I was just getting the shelves kind of tidy. It looks like I have made some room up on top reading Executioner novels recently, but that won’t account for them all. I might be getting close to stacking on the floor again, which seems a little like a defeat.

I got two audio books, Just a Guy by comedian Bill Engvall and Shakespeare’s Sonnets which is not an audio book but rather a collection of the actual sonnets. The latter is on audiocassette, which means if I ever get another vehicle, I will have to have a sound system with CD players and audiocassette player installed. Bluetooth? Optional!

Speaking of CDs, I got two music CDs: Exitos y Recuerdos by Selina because I have Paulina Rubio and Shakira, so why not some Selina? Also Greatest Hits by Nino Rota which is apparently Italian for Henry Mancini as they’re all movie themes.

I also picked up a bunch of things to watch: 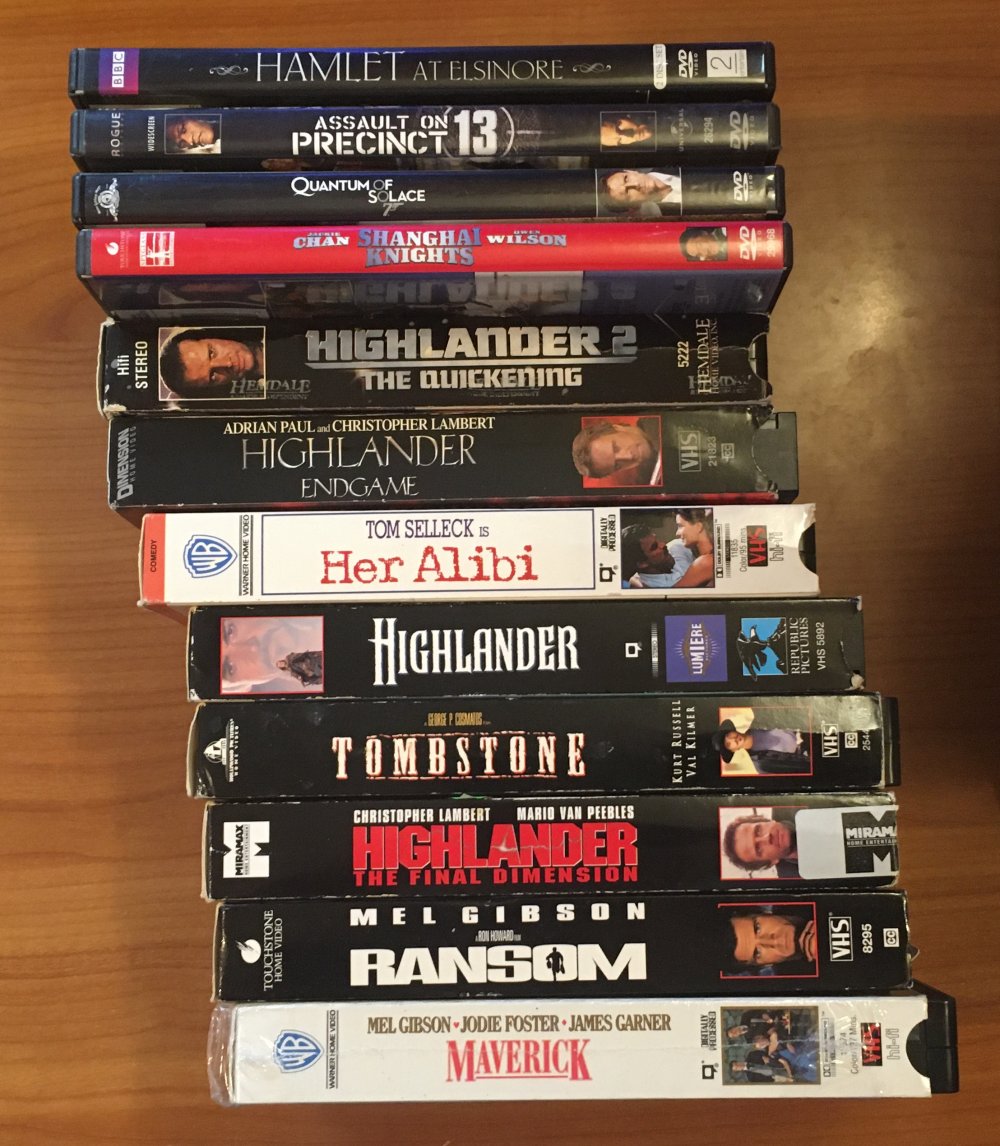 If I were a betting man, I would bet the first of these that I watch will be Tombstone with the longer odds on Her Alibi. Of course, were you to bet with me, I would watch what I bet on first to win, so don’t fall for it. That said, we will know the answer soon, as they are next scheduled for the amusement park this weekend. And they have a week of VBS volunteering coming up, so I will continue my summer of increased movie scheduling. W00t!

At any rate, the total haul, including a couple of frames for crafts and a necklace of my wife, was fifty some dollars. More expensive than a hike, assuredly, but many hours of enjoyment to come and perhaps the cost will be recouped at my estate sale.