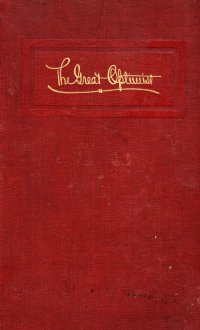 I bought this book in December at ABC Books because it was inexpensive, and as it was filed with the poetry, I thought it was an old collection of poems. As it stands, though, it is a collection of essays or newspaper columns–apparently, the author was a columnist in Philadelphia back when a lot of the people mentioned in Heroes and Outlaws of the Old West, the lawmen anyway, were still alive.

So we have ten short essays–I would put them at 600 words, tops, and it’s only 35 pages total. The column/essays are:

So the book kind of follows the year from Christmas to the next Thanksgiving.

The essays are nice, but I probably won’t remember much from the book except that it was old and that I read it. Which is what this post is for, ultimately, gentle reader–to remind me of what this book was actually about.

Also, as a side note, I have read three of the six books I bought at ABC Books that day and I have started the fourth (the English novel Pamela which I will undoubtedly mention over and over as the serious book that I am reading whilst posting book reports on smaller books I have read during the span, much like the recently completed David Copperfield. Dare I make this a twee goal for 2021, to complete all six of these books, kind of like I made it a goal in 2019 to read all of the books that I bought at Calvin’s Books that May? The collection of Paul Dunbar might be daunting, though–although it is only the beginning of May.