This week we spent a couple of days at Big Cedar Lodge down in Ridgedale, Missouri. Of course, I hid that fact from you, gentle reader, by queuing up a week’s worth of posts so you wouldn’t know to come ransack the fabled libraries of Nogglestead in my absence. Clearly, you cannot trust me at all.

But since we were near Branson, of course we had to stop at Calvin’s Books.

As we had packed our SUV to the brim with cooking gear, food, and clothing, I exercised some discipline in my purchases. 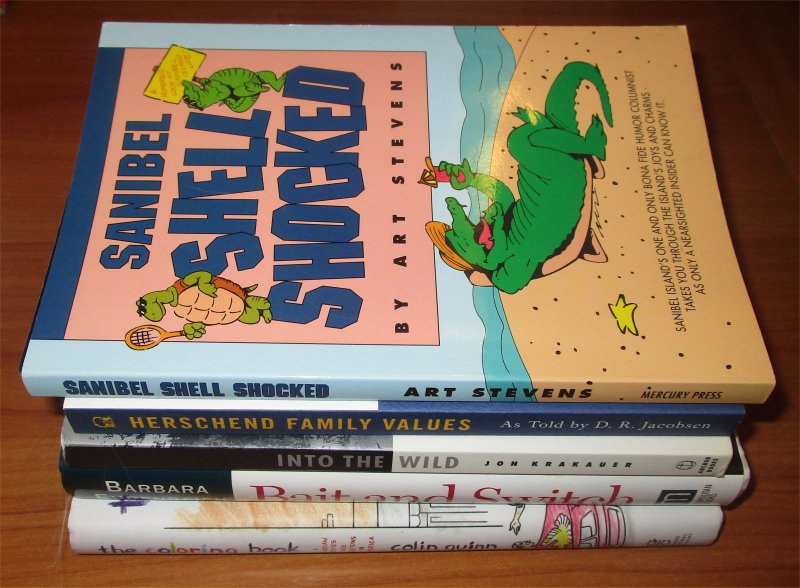 Unfortunately, Calvin’s didn’t offer a good selection for my children, who failed to pack any books for the trip (also, toothbrushes, it was revealed on the last night there).

Since I only bought five books, I could conceivably read them all by the end of the year.