We had a little time to kill between appointments yesterday, so we stopped into Hooked on Books for a couple minutes.

Which is all I needed. 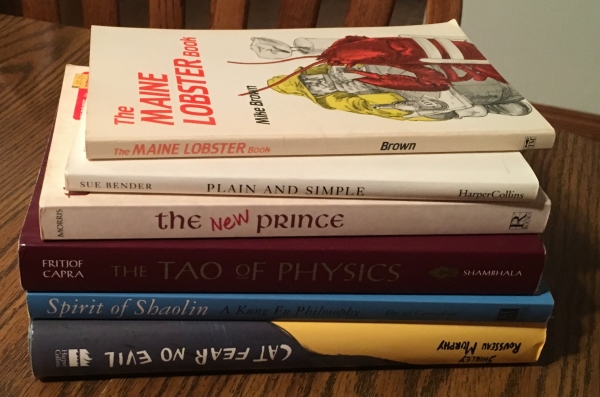 I got four from the dollar books section and two from the philosophy section.

At any rate, a good couple of minutes. I look forward to reading these books, but unfortunately, I will put them on my to-read bookshelves, where they will be lost for years.