Back in the olden days, and by “olden days,” I mean the 1970s and 1980s, comic books were rife with offers for enterprising youths who could order away for catalogs that held various items (seeds, greeting cards, and so on). You could then go and hit up your family or neighbors for sales, and you could get a cut of the sales price in cash or you could get stuff.

My brother and I, we went with Olympic, which was greeting cards: 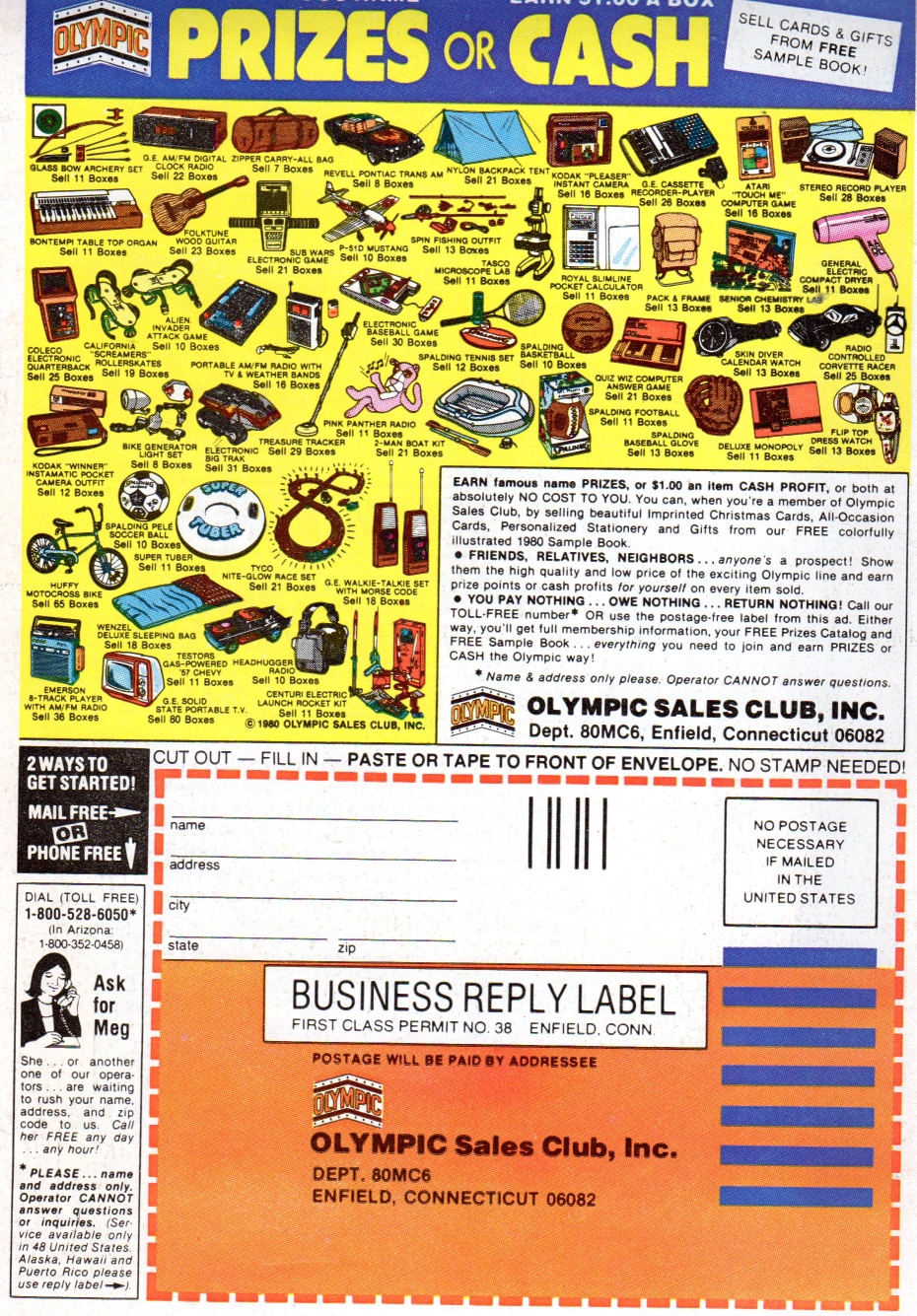 Not depicted: Captain Olympic, the superhero they would later feature in their ads.

We started with the program a year or so after this particular ad from 1980. We were still living in the projects in Milwaukee, and the prizes were a wonderland of things we couldn’t get except at Christmas or our birthday, maybe. With a little hard work and the sufferance of our neighbors and relatives, we could earn them.

Every so often, they’d send us a new catalog, and we’d hit up people for a box or two of greeting cards. We never sold bunches of them, so we never got to the premium level of prizes like electronics, but we’d have ten or twenty boxes sold, and we’d pore over that catalog, weighing our options for hours and choosing carefully. Over the course of time, we got:

Some pack rat I am; of the items we got from Olympic, I’ve only got the D&D set left. But lots of pictures from the cameras, so they were definitely worth it.

Of course, kids don’t have these sorts of opportunities now. I know in my own life, when I hit middle school or high school, suddenly all my selling went from Olympic greeting cards to school fund raisers of various stripes. Did schools just start with the using children as fundraising tools at that time, or did I just age into it and/or move to a place where it was more common? I don’t know; however, I do know that kids today never hit me up for their own good, but instead from a very early age try to sell me things for their various programs and school functions. I suppose there’s a free enterprise versus ward/tool of the State essay in it were I so inclined. But not today.

UPDATE The top of this ad from 1984 shows Captain Olympic:

You see? I was not making it up!