So I dropped a couple items off at Trinity Church on Tuesday for the Lutherans for Life garage sale, and I discovered there that they had a couple of TI-99 4/As in the original box.

So you know I went up there today the minute the garage sale opened to buy my precious. 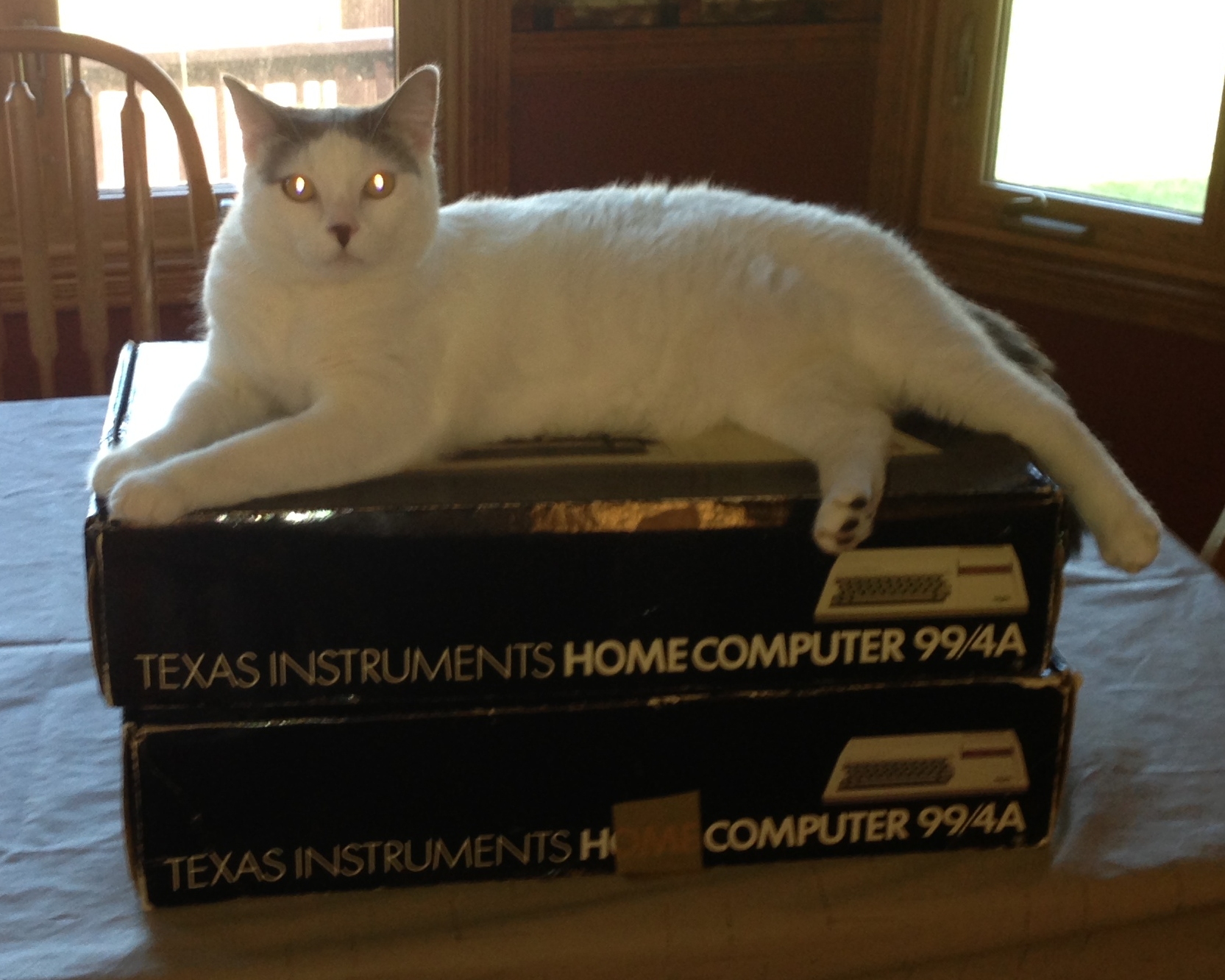 I haven’t hooked them up yet, but I’ll try them out soon and perhaps dig out a couple of cartridges from my stash. I’ll be the children would like to play Surround or Hustle.

I have to wonder about the story behind these two becoming available at the same time. A pair of TIs for a pair of siblings in the 1980s whose parents cleaned out the garage? Probably something like that.

And this means that I’m now at parity between TIs and Commodore 64s in the house as I have five of each (although a Commodore 128 means I’m still tipped to favor Commodores). In case you’re wondering what I’m going to do with them, my beautiful wife suggested that I display them all in my House on the Rock clubhouse. When I get insanely wealthy. Which I have a better chance of than finding an old Apple II variant at a garage sale in the 21st century.