The critics predicted it: Gay marriage becomes the law of the land, and people would start buying albums of show tunes.

Although, in my defense in this case, it was a collection of Pat Suzuki singing show tunes: 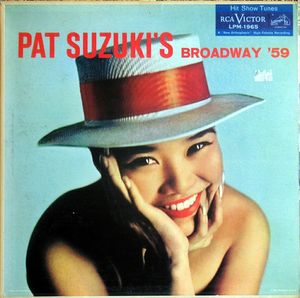 If Mark Steyn can listen to show tunes, I can, too.

At any rate, the acquisition stems from a recent trip to the local thrift store. I was looking for a cheap television set to hook a couple of old computers. I didn’t find any, but I did find the shelf with the crates of LPs on them. Ha, just kidding! I knew where it was all the time, and I went right to it after realizing that thrift stores generally don’t have old televisions any more.

At any rate, check out what I have in a sort-of Johnsonesque roundup:

It was a fruitful trip, except for the no televisions. I think I’ll use the search-for-televisions thing to hit one or more other local thrift stores and see what other LPs I can gather, at least until my beautiful wife becomes my beautiful-when-she’s-angry wife.