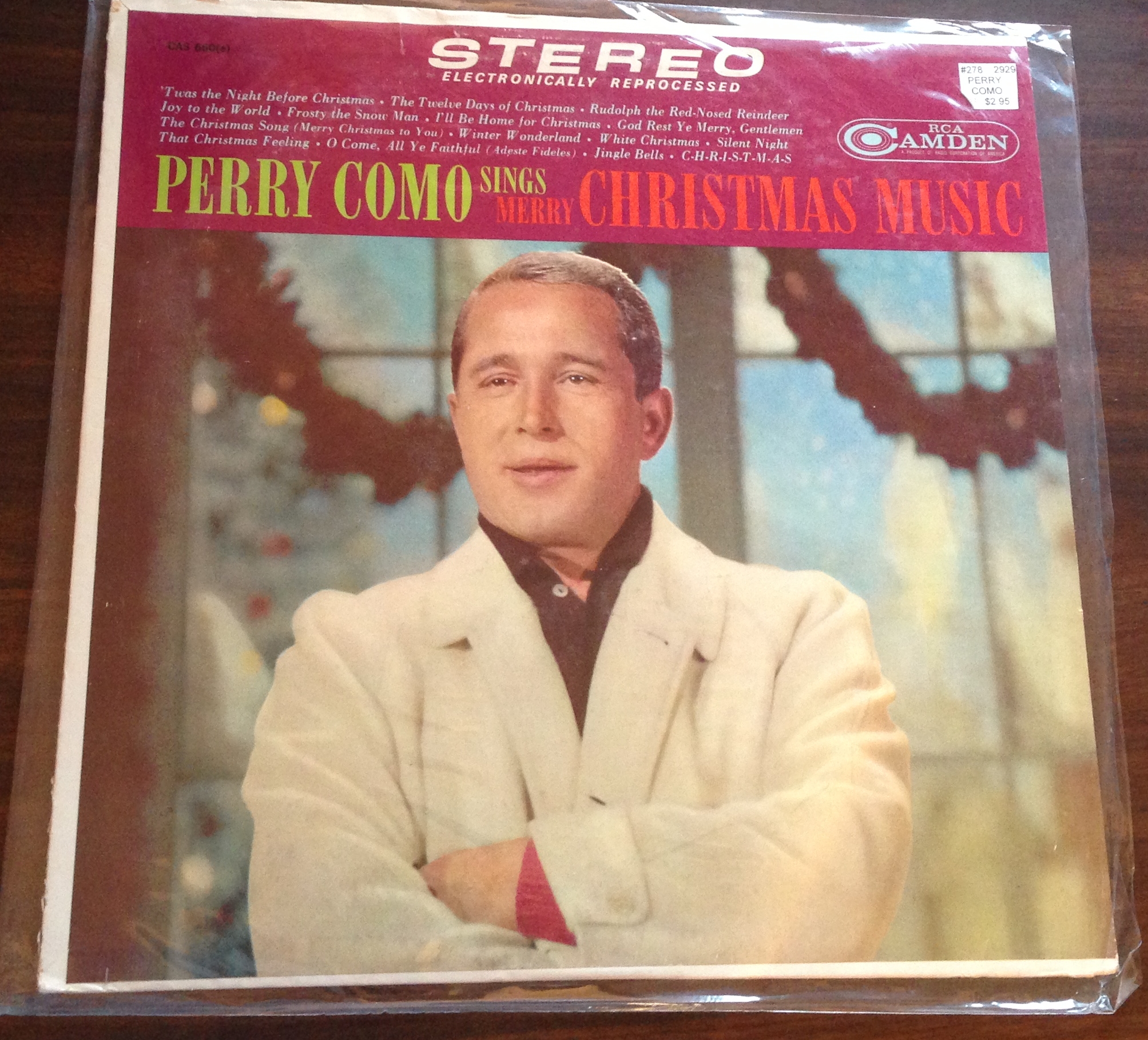 It’s strange; Perry Como was pretty popular in the early part of the 20th century, as he released records and starred on television, but you rarely see his albums in the wild. My mother owned a copy of this album, and I guess it must have sold for a buck at one of her garage sales as I had to buy my own copy. At an antique mall. For $3. That’s how fondly I remember the album from my youth. I spent three dollars on it.

Como has a baritone voice and inhabits the songs much in the way his early influence Bing Crosby does. As such, he does a great job with the Christmas music.

This is definitely a definitive Christmas album to own, as Como really was associated with Christmas television specials into the 1980s and beyond (apparently, his last was in 1994). Unfortunately, my copy sticks, so I’m in the market for a replacement for it. And I’m willing to pay $3 for it.