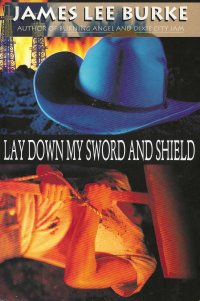 Two and a half years ago, I picked up this book ABC Books after having read about the author in Garden and Gun magazine–a 2016 issue, which I was then four years late in reading. When I did my Good Book Hunting post, I said I’d get to the author eventually, and that was only two and a half years, which isn’t bad comparatively.

But the book is more a serious, perhaps literary, novel about a Texan Korean War veteran whose service was briefly as a corpsman and less briefly as a prisoner of war, a member of a longstanding line of Texas heroes and businessmen starting with an ancestor who was a legendary lawman and a father that was thought to be a shrewd businessman. The protagonist, such as he is, is now an attorney serving an eccentric oilman and industry clients. He’s running for Congress and deals with a senator who looks forward to welcoming him to the fold and a mysterious power broker/fundraiser who is seemingly appended to the senator. He, the protagonist, is also a raging alcoholic who spends all day drinking whiskey, and he cheats on his wife with Mexican prostitutes–the first scene in the book is leaving his home and his oil wells for a trip to a cheap motel with one such on his way to a political event. He’s got an older brother trying to keep him on track, perhaps for his own purposes, and a cold wife. Just when you’re wondering if the alcohol or the whoring is going to do him in, an old army buddy calls from a small town jail in an agricultural area. He’s been working with some of the workers to unionize the agricultural workers, and the strike breakers and the local law enforcement have just about killed him. When the protagonist gets him out, they do kill him, and the protagonist takes up the cause of the farm workers–it doesn’t hurt that they drink a lot, too, and one of them is an absolute babe from back east. This allows him to work out his demons from the war (as a POW, he was eventually broken) and to find more meaning than coasting on his family’s wealth and fame.

So it’s a bit of Ross Thomas meets Larry McMurtry as well as a commentary on Texas, noble unionizers, and the change from Democratic political dominance to Republican political dominance and the Viet Nam war taking place about the time of the book’s writing. The text is a little bit lush, with again a lot of color being thrown around to describe things (I noticed this in The Red Badge of Courage as well). A little slower paced than a mystery, but not a bad book. Its political leanings are there, but it doesn’t hit you over the head with them as later authors might.

So not a bad read. I finished this book at the beginning of the month (well, all right, New Year’s Eve, but the Book Reading Year starts early), so it’s not eligible for the 2023 Winter Reading Challenge. I’m not sure where I could have slotted it anyway–it’s certainly not a page turner, and it’s 226 pages long. But it hasn’t dulled me on the author, which is good as I still have a couple of his other books which might actually be mysteries somewhere. Probably close in the stacks to where I got this one, but I have forgotten where that is.