Friends, last week I place my last order from ABC Books as part of the current unpleasantness. I trolled through the religion and pets sections with the pretext of ordering some books for a friend in Wisconsin who has lately not had satisfactory, that is, any, answer when I ask him what he’s reading.

It did not arrive here until this morning, but yesterday marked the easing of restrictions in Missouri and particularly Springfield and Greene County, so I went to ABC Books. With the pretext of picking up gift cards for teacher appreciation week, but also to pick up a couple books by an author I read about in an ancient (2016) Garden & Gun magazine.

I only got seven books for myself: 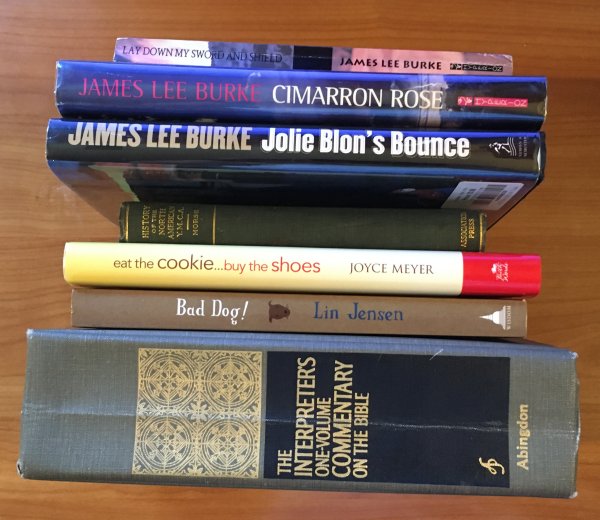 That should be the extent of my book buying for the spring and maybe summer aside from a garage sale here or there. But if my friend doesn’t like the surprise books arriving on his doorstep, I’ll ask him to send them my way.

But there’s not going to be a Friends of the Library book sale, either in Christian County or in Springfield, until the fall. So I should be safe from myself unless I run into a really good church garage sale someday, when such things are allowed again.