Forgive me, Father; it has been five months (November 11, 2020) since my last confession about my musical purchasing balance.

However, we shall see as we go here if I bought more than the 18 albums I bought in the summer and autumn of 2020. Spoiler alert: The album I mentioned I was thinking about buying? I bought it. Perhaps you did not need a spoiler alert for that; you probably expected that non-twist.

At the end of my November post, I mentioned I was thinking about buying Amber “Flutienastiness” Underwood’s This Is Me. I did; it’s a digital download on Bandcamp, and it explains how I happened to download a sexy picture like this to my personal computer: 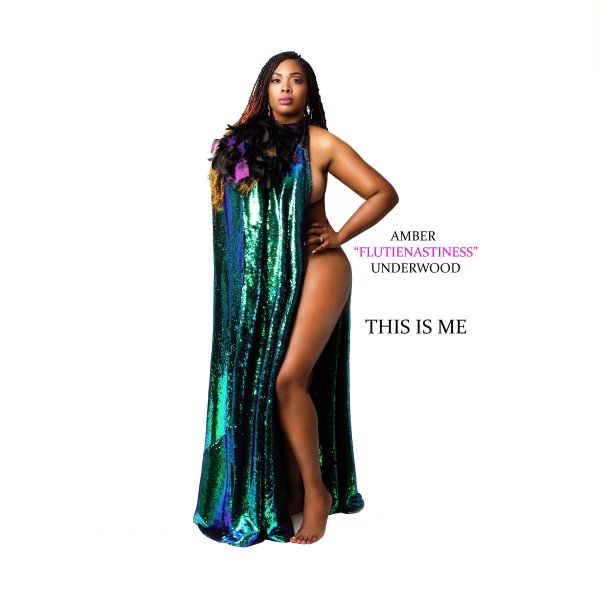 She is more Herbie Mann that Tim Weisberg or Jean-Pierre Rampal. A bit jazz blended with R&B at times.

So how is my balance, aligned in bullets?

I have recently bought new:

I think I am missing something as my order records are now scattered. I don’t know where the records of the Monheit purchases are; all I know is I have autographed copies. The Adair CD is also signed, and I have thank you notes from Jane Monheit, Andrea Superstein, and the Triplets. Which, I remind you, you don’t get from buying digital copies or from Amazon.

So: I got two metal albums (Obscura and Manifest). I bought only a few purely jazz albums: Confessions and maybe This Bitter Earth, Come What May, Feels So Good (right after I could not find it at the record store, I ordered it on CD, and then bought it on record twice since). I’ve also purchased some straight forward pop, some R&B, and two Christmas albums (The Season and Christmas Time Is Here) and one single (“Reviens-Moi” which is “Last Christmas” in French–it sounds better when you don’t know the words. Also, when Sacha Boutros sings it.) to reload for the next Christmas season’s streaming.

So that’s two metal records, more jazz, and a lot of other stuff. Does it mean my musical changes are evolving, or that the variety of genres that WSIE plays heavily influences what I buy? Likely the latter given that selections from most of this list has appeared on that station.

So: It’s fifteen albums and two singles. Or, as I like to call it, restraint.

Note, of course, this does not include vinyl records which gets their own posts (and probably deserve a category.

Also, note that “restraint” goes out the window next Saturday, which is the Friends of the Springfield-Greene County Library book sale’s half-price day. And the newsletter informs me that this spring, they have a lot of records….