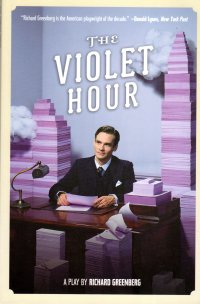 I must be some kind of racist since this is the third book I’ve read this year that features the word nigger in it. In this book, a black woman who is seeing a white man calls herself that in a heated moment, using it to characterize her race from his perspective. So it’s not really used by a person in anger calling a black person it. But even into this century, playwrights whose works appeared on Broadway and who won big awards used the word without fearing what would happen to them for using it. Which is why so many of them are having things happen.

At any rate, I got this ABC Books just before my trip down to Branson this week. And it’s one of the three books I read there, albeit not the first.

As I mentioned when I got it, the book centers on a man who comes from some wealth who is starting a publishing house and figures he can publish one book. He is seeing an older jazz singer, the aforementioned black woman, whose memoirs he can publish. Also, his best friend from college has a manuscript, a mammoth like in Wonder Boys. So the lover and the best friend from college pressure him to publish the book whilst his assistant flits in and out providing some comic relief. As he is talking to either the lover or the friend–who is hoping to impress a Chicago heiress’s father with the book’s publication–a machine arrives. In the second act, the machine is spitting out pages from books and papers in the future that describe what has happened in the future, including to the characters, based on whichever way the publisher is leaning in the moment. Also, he might be a closeted homosexual with feelings for his friend from college. And possibly consummation in the future.

Well, it’s an interesting conceit, and it moves along well enough. It doesn’t have a stage full of characters in a bar unlike some things I’ve read lately (if you count, as I do, March of last year as ‘lately’). The playwright does emphasize pronunciations by capitalizing some syllables, particularly for the assistant, and italicizes some words for other characters. I think that takes a little from letting the actors interpret the roles, but I guess some impositiion of vision can be called for in some cases.

This might have been an interesting play to see live, but we probably won’t see a revival of it any time soon. And certainly not in its original form.