My beautiful wife participated in a virtual bike ride Saturday in part by riding around the annual Republic Pregnancy Resource Center Happy Feet 5k run course to look after participants whilst we ran it. To pick up her t-shirt for the bike ride, she had to go to an event space way up north, which is to say, right by ABC Books.

So we made a family outing of it.

I found a little something that I didn’t order during the lock-in: 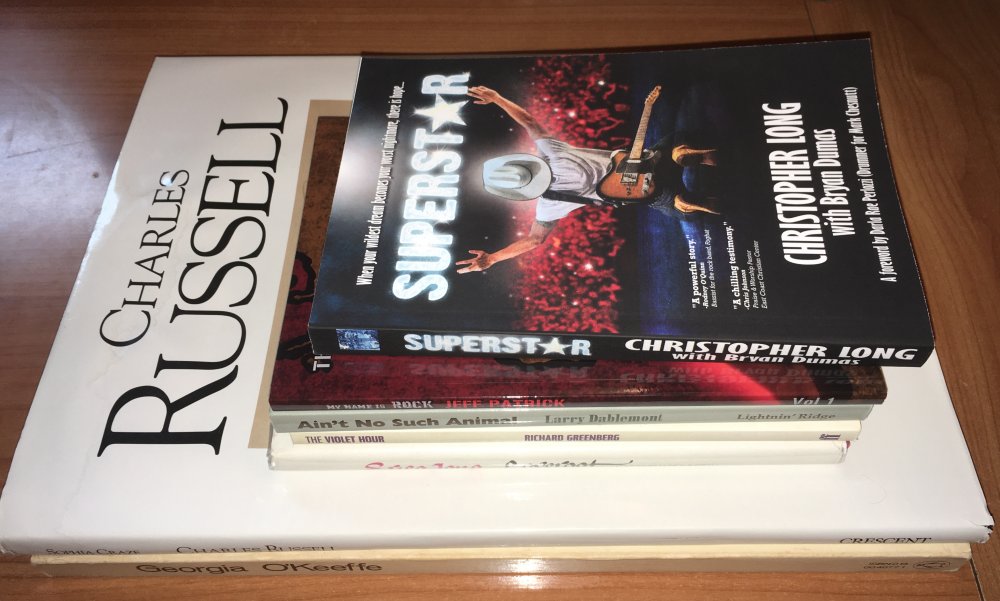 As she was ringing me out, I asked Ms. E. to drop the hundreds place when she announced the total out loud. And she did.. Well, the total, including a couple books for the boys (not depicted) was just a shade under $100 (the local author books were dull price and the monographs were $10 each). But a bibliophile has to do what he can when the spring book sales were cancelled and the fall ones are in jeopardy.