Gentle reader, I did not go to ABC Books yesterday. Springfield is on a 30 day timeout, and non-essential businesses are closed.

But the intrepid staff of ABC Books is in-house fulfilling online orders, so last week, I placed an order, and today it arrived. 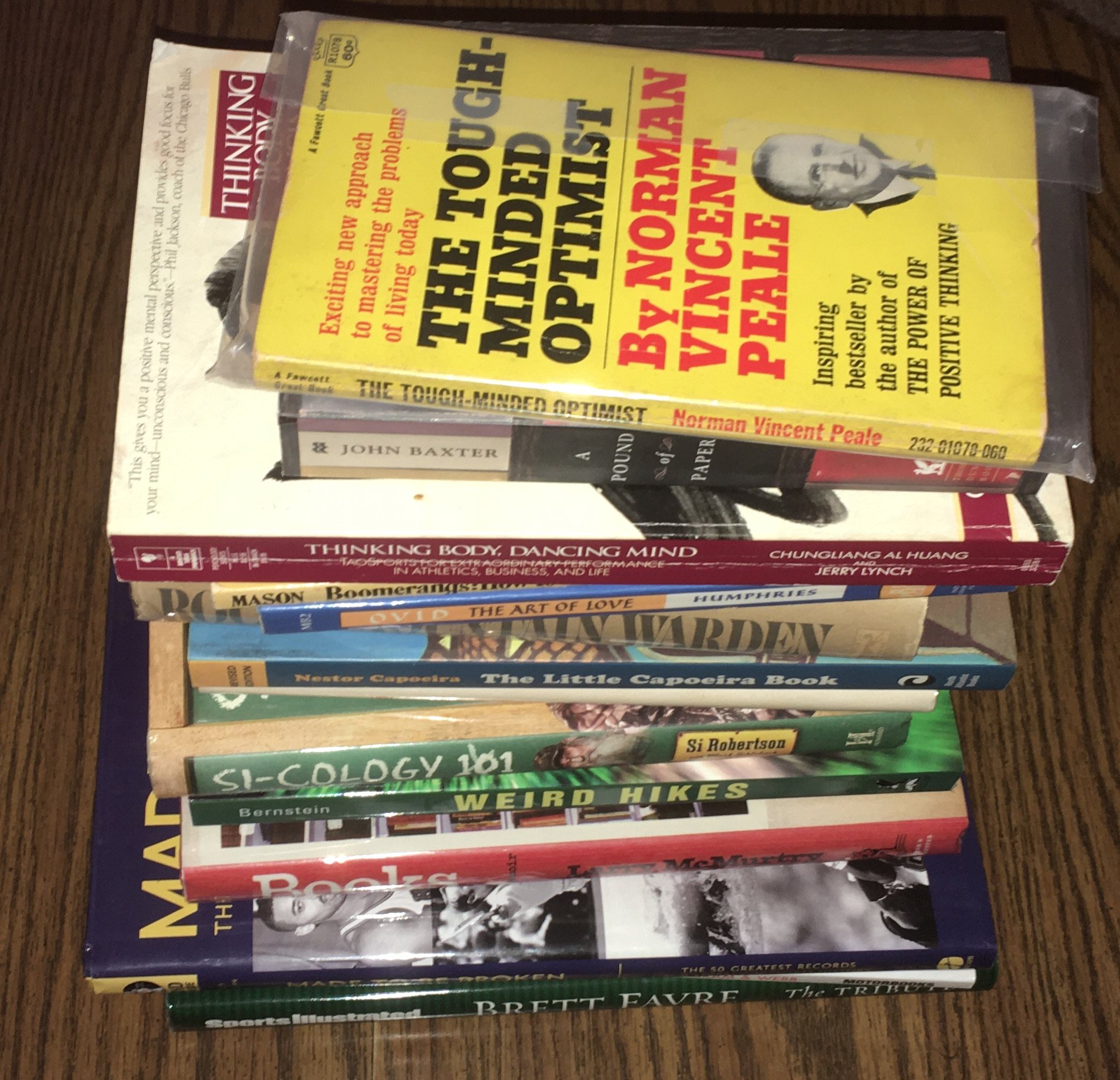 The acquisitions are a little different from my normal fare (but not too much) because, instead of browsing their actual shelves, I went to their Alibiris page and browsed the categories. And bought anything that looked interesting.

Before shipping them, the staff removed the ABC Books stickers from them, which won’t be helpful should the proprietrix see me during the Sunday school hour if the government ever lets us go to church again. Without the sticker, I will likely not know where I got the books, and I might hide books I should flaunt.

This represents only the first order I placed. I placed another order Sunday night as I was looking for a couple of titles for my boys to read whilst we’re homeschooling them. And I added a couple other items to the cart because why not. Hopefully, the owners of ABC Books will be all right through the current unpleasantness. If not, it won’t be due to lack of effort on my part.