This is my third year going to LibraryCon, a little one day convention that the Springfield Greene-County Library puts together (see also 2017 and 2018). Last year, I bought more books than the previous year. This year? Boy, howdy. 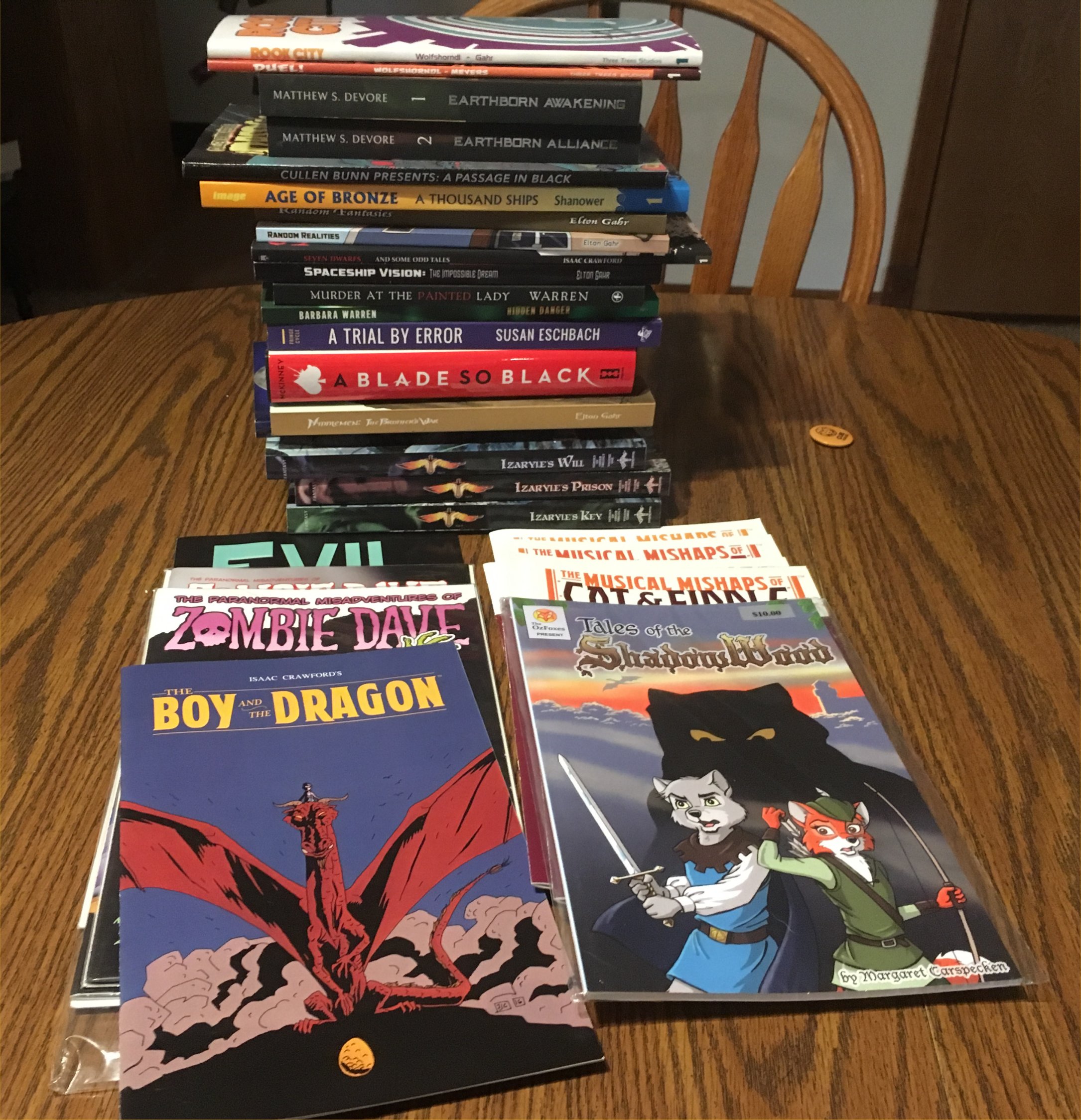 I got a bunch.

We got there while many of the comic book artists were in a conference room, which limited my comic book and graphic novel intake, but it had a larger supply of authors than in years past.

I would tell you how much I spent, but I don’t want my beautiful wife to find out.

This year was a blast because I talked pretty easily with the authors–so many of them I recognized and whose works I’d enjoyed previously. No Shayne Silvers this year, which is just as well–I haven’t read the second Nate Temple book yet (the first is Obsidian Son).

I stopped by Joshua Clark’s table to say hello and to tell him I’m still looking for the books in his S.T.A.R. Chronicles that I bought two years ago and haven’t yet read. I also told William Schlicter that I had one of his Silver Dragon Chronicles books that I hadn’t read yet, so I was going to bypass his table this year.

And, you know, meeting these people who crank out a couple of books a year made me think about when I thought I was going to be a writer. And maybe they’ve inspired me.

They’ve certainly made me want to end this post so I can go read, so I shall.