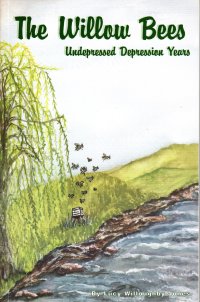 This book is a bit of local color. It was written in the early 1990s by a woman who grew up on a farm outside of (but which is probably now in) Nixa, a little town south of Springfield. It recounts very short, three to eight paragraph slice-of-life memories about farm work, socializing, family relationships, and whatnot interspersed with numerous poems composed by the author, her family, or those in her social circle.

It was a pleasant read, and it made me consider writing something like this about my life. I mean, I’ve seen some things, and as a child of the last century, I have seen enough change that some of it would be novel to kids of today or tomorrow.

Assuming that any of them would want to read it.

At any rate, I enjoyed the book as you might expect. The author comes from a large family, and sometimes she name checks families who participated in an event or attended a (one room) school in Lone Hill (the actual town she lived in or near). When I read the list of names here (and in Unto These Hills), I wonder why the names of my relations from the Ozarks are not represented. But then I remember that they’re from Taney County further south and, in the early part of the last century, a whole world away.