It’s been a month and a half since ABC Books had a book signing, which is okay since I’ve only just now started one of the books I bought on my last sojourn up there, and I got plenty last weekend without a trip up north.

But this weekend, they had a book signing with Billy Pearson, a fellow who had only started writing at age 80 and has nine books in print.

I picked up four of them and a little extra. 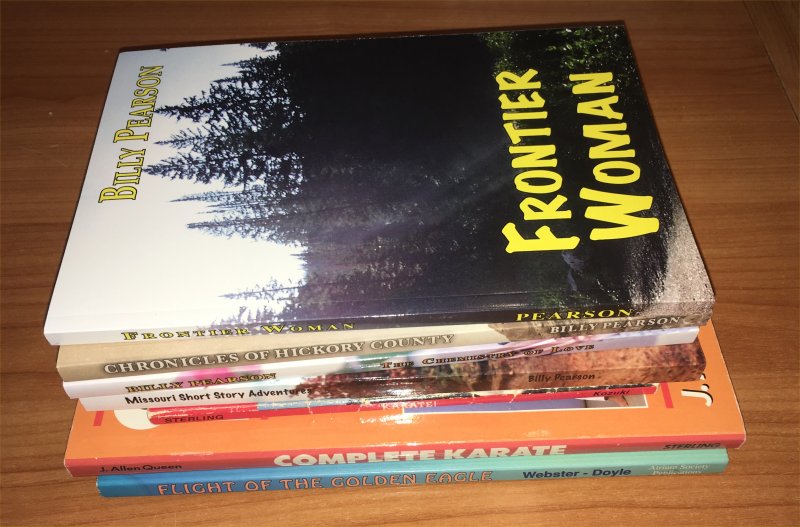 That should keep me going until next time. And beyond.

I’m interested in the karate books as I have toyed with the idea of starting to study another discipline part-time as I’ve advanced to a level in my satori studies where progress is going to be slow, and I might want another style to keep it fresh.

At any rate, my oldest boy picked up a couple of YA scary story titles, and my youngest didn’t want to stop reading the book he had in the truck to come in and pick new books. So perhaps that’s a lesson I should learn.