I went to LibraryCon at the Springfield-Greene County Library Library Station branch this year as I did last year, and in reviewing that post, I see that I did pretty well in not buying a bunch last year (and reading one of the four books I bought, Obsidian Son, in the intervening year).

This time, I went with both of my children and a wallet full of money to splurge. This year’s Library Con had a smaller number of tables but a larger number of often-cosplaying attendees.

I bought more than last year. 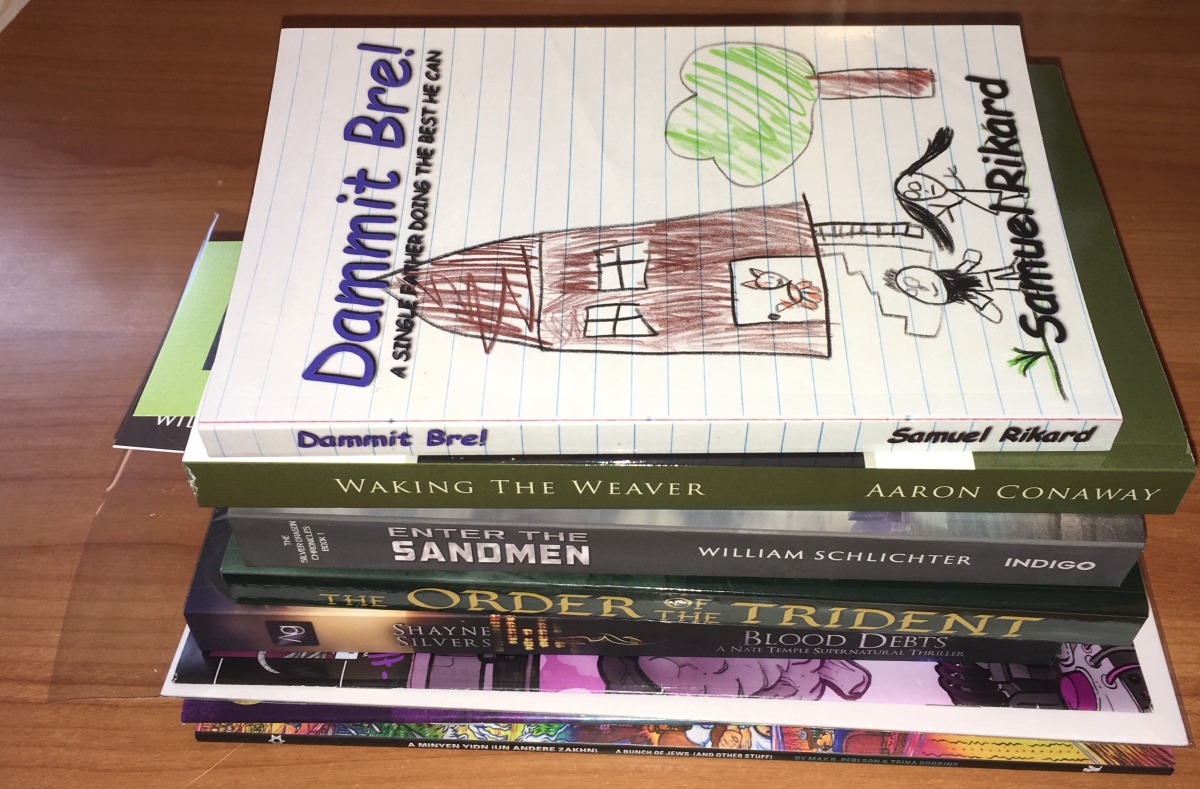 I felt like a bit of a sexist, though, as I went through author’s row. I stopped by the first couple of authors tables in the library–authors I knew from previous trips–and passed over the two tables with women behind them. The one looked like it had love stories and stuff, and the other looked like sparkly vampire love stories, neither of which was my bag. So when we came back into the library because we had to pick up some actual books in the library, I stopped at the above-mentioned Bedside Press table to pick something. As I browsed, I wondered about the books as several mentioned Indigenous authors and one of them was a collection of love stories about some creative couplings to say the least. So I picked the title that looked least likely to be too alphabetical soupy in outlook. I mean, it’s not like anything in the books would shock me conceptually, but it’s not the kinds of things I want to read.

I also made eye contact with Joshua Clark whose first three books I bought last year, but I haven’t read them, so I didn’t pick up the fourth which was available this year.

If I make it to the next Library Con, I’ll probably think I know everyone with a table, although they will likely not remember me.