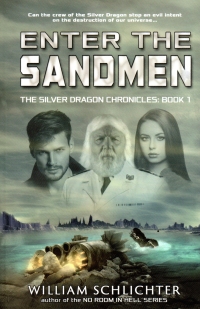 I bought this book at Library Con this year, and it was foreordained that I should read it soon. One, I’ve been reading a little more science fiction this year since I’m hoping to gut out a science fiction novel in the next year or so and because I’ve been dabbling in a little short speculative fiction (well, ideatating some, which means writing down story ideas on note cards) since reading The Twilight Zone Encyclopedia earlier this year. Two, the book came with a bookmark and a business card with the book cover on it, and I’ve been using them in my other books. Which subtly told me I need to read this book.

All right, what’s it about? It’s a high-level intrigue kind of book. One of the vice president admirals of a galactic(?) government is building a team of pseudo-mercenaries including: a man from ancient Earth who has been in suspended animation for a long time; a telepath; a rescuee from a rockslide on a dead-end planet (and her sister, sort of); the remnant of a race of highly analytical aliens; a shape-shifter with his own agenda; and a couple of other people who don’t get their own perspective chapters. The galactic government is pitted against a militant shark-biped race whose ancient religion is compelling them to conquer and to cleanse the universe of non-sharkmen. An aggressive human (called Osirians because Earth was populated by Osiris, who was really an alien banished to a backwater planet for reasons not yet revealed) captain is ready for a pretext to ignite the war and his political career with it. And some alients are working to translate the sacred language of the sharkmen knowing that being caught means torture and death.

So it’s a very busy work to say the least.

Unfortunately, that makes it difficult to get into. The book hops chapters between characters, starting with the woman rescued from the rock slide, and then we hop to the Captain, a swordsman trained by a martial alien race. The book is chock full of mysteries from the outset, and some get resolved, but more get brought up, and then the book ends after a battle (triggered by the politcally motivated captain above) resolved by the vice president admiral bringing his alien race into alliance with the Osirans and their sponsors.

A big whopping universe like this really needs a sympathetic, grounding character that provides an in for the reader. Perhaps a n00b that other characters can feed exposition or who can discover the mysteries. This book doesn’t have that, so the reader has to pinball amongst a grandly designed mythos and hang on as best as he can.

So the book grew on me, but it took a while. I’ll probably see this fellow at another convention sometime and pick up the next in the series, but I’m not so eager for it that I’m going to order it online. I need to see other books for a little while.