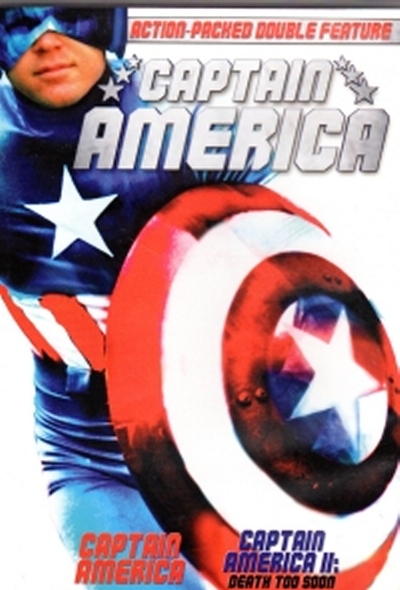 That is, of course, the Captain America television movie from 1979. Which first aired thirty years ago tomorrow (January 19, 1979) as a matter of fact.

I probably saw this first on cable television late at night when it was still relatively fresh.

So the boys and I watched this collection of man driving/man riding on a motorcycle montages punctuated by stoic surfer dude reluctance to accept his father’s mantle. They think it could have used more guns and artillery, as always.

But I have ruined Captain America for them like I ruined James Bond. But they’ll probably be happy to watch the second film, Captain America 2: Death Too Soon sometime soon. Because, hey, it’s screen time after a fashion.