So it often is with James Bond.

Your favorite, if you’re of a certain age, is Sean Connery. If you’re a little younger, it’s Roger Moore. If you’re still a pup, it’s that Remington Steele guy. Generally, it tracks with the first James Bond you saw when it was fresh and new to you.

Well, my oldest picked up a James Bond encyclopedia and read everything in it, so he nows the characters and the stories as book knowledge backwards and forwards. Well, not book knowledge; as you might know, gentle reader, the movies are based on a series of books, some of which share the titles but not the plots of the movies.

On a recent excursion to the video store, my oldest tried to slip Dr. No into the mix of titles to rent, and I rejected it. After all, we have that DVD at home. But when it came time for their first James Bond on the screen experience, their father sabotaged them forever by presenting this guy as James Bond: 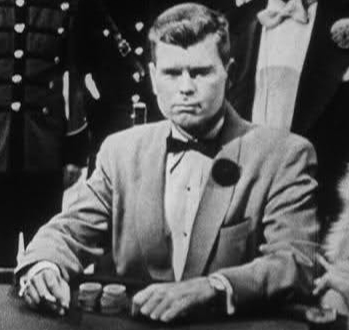 Sorry, that’s Jimmy Bond as portrayed by Barry Nelson. The first screen portrayal of the super spy was on a black and white television show called Climax!, but James Bond was turned into an American operative with help from his British intelligence counterpart Clarence Leiter. In a production of Casino Royale. 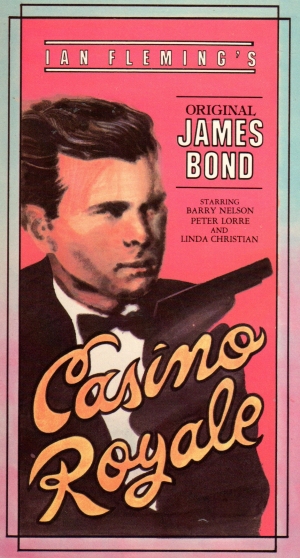 My children sat riveted as Jimmy Bond took on an aged Peter Lorre bad guy at Baccarat. The program ran only an hour, which meant it did not keep them up past their alloted bed time, and they went to bed knowing that they have seen a James Bond that none of their friends have.

UPDATE: In a stunning turn of events, Dustbury talks about Barry Nelson as Jimmy Bond today as well.

1 thought on “How Brian J. Ruined James Bond For His Children”