I had a little time to kill in southwest Springfield yesterday afternoon, so I stopped by Hooked on Books to see what they had on their dollar book carts. 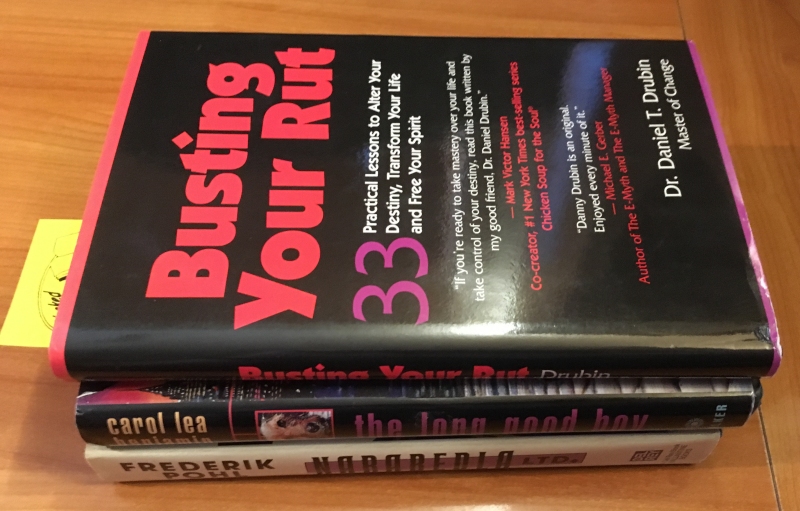 But when the bookseller tried to put the receipt in the cover of one of the books along with a bookmark, I asked for it so I could put it in my wallet. “Put it in there, and I might not see it for ten years,” I said. Which could well prove true.