We like to include gift cards in the thank-you notes we compel our children to write for their various teachers and coaches at the end of the year (or sport season, which for track and field falls at the end of the school year). Our go-to gift card for the last couple of years has been ABC Books because the owners are members of our church and are not pups like that kid at Hooked on Books.

So we went for our semi-annual gift card purchase, and since the owners are downsizing the store because part of their store was apparently below the water table and flooded whenever anyone in the vicinity wept. Which is good for us, because it meant $2 books on select titles as they cleared inventory.

Of which I partook. 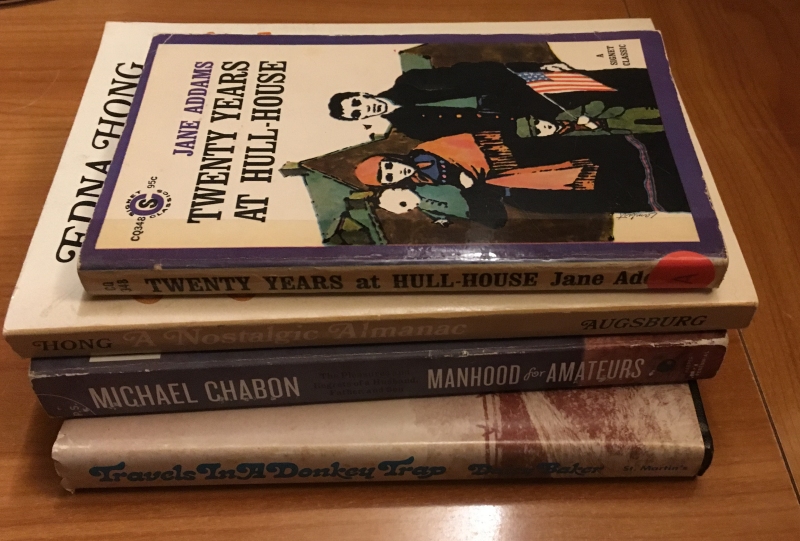 The Eastern philosophy and Makers of the Modern Theological Mind books I tend to buy this particular location were not on sale (and, to be honest, I’m not sure where to find them in the reshuffled store). But I did get:

The cost of the books: $8. The cost of the gift cards? Well, we won’t go into that. Getting some of the school staff to visit ABC Books, which is a bit out of the way for southern Springfieldians? Priceless.