Well, I did it again. I returned to the Friends of the Springfield-Greene County semi-annual book sale on Half Price Day and went through the better books section seeking more bargain-like books.

And, honestly, I mostly looked for audio courses like those produced by The Teaching Company. And boy howdy did I find them. In the past, they’ve been priced at twenty or thirty dollars, and I could get them for half that. But this time, they were originally marked ten bucks, so I got them for five dollars each.

Here are the stacks: 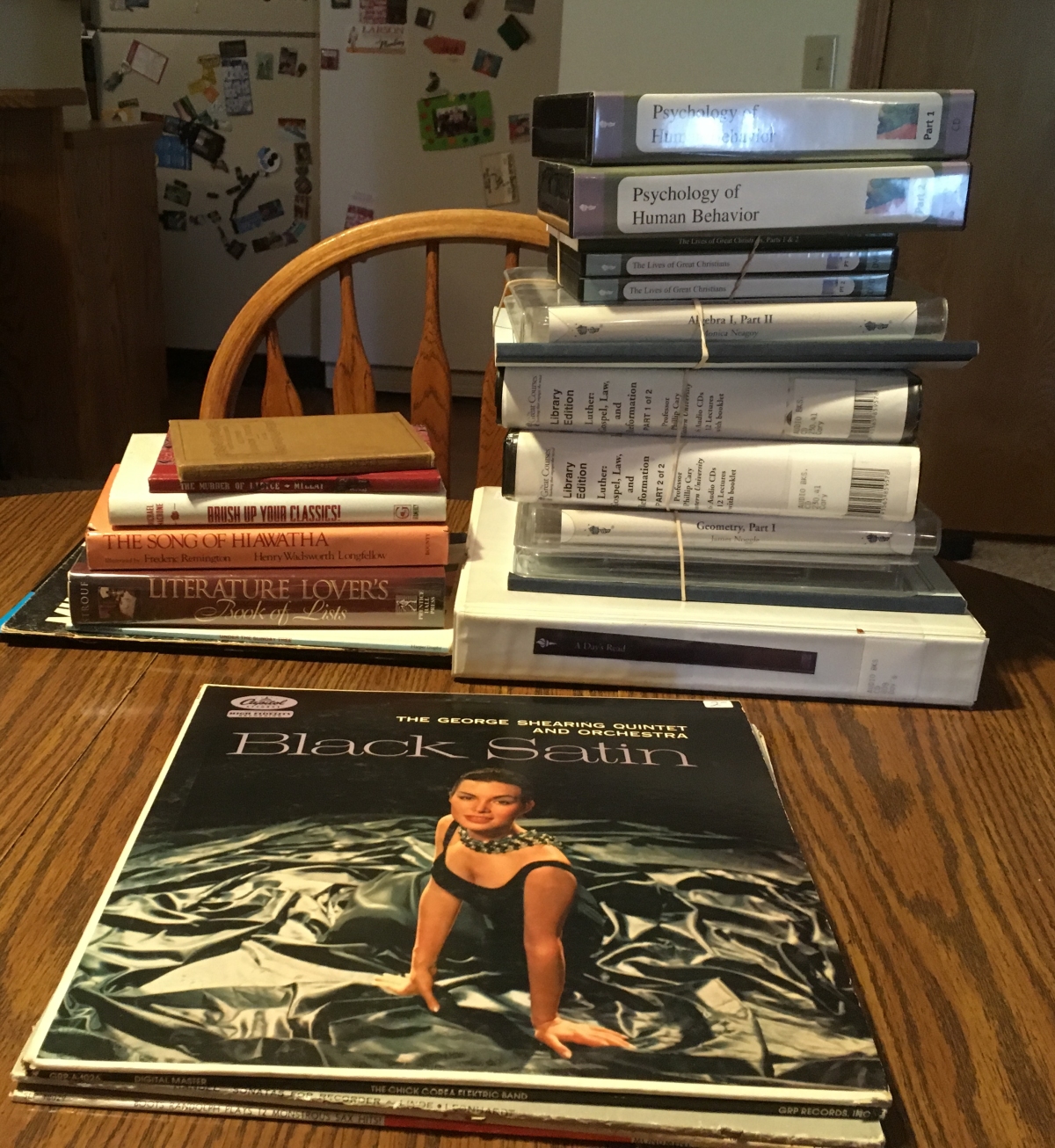 The Teaching Company courses include:

The records were cheap, too (a buck or two each after the price was halved). Overall, the prices were more affordable than I remember. Which is good.

The pickings were less books than things to listen to, but that’s alright. I have plenty to read until the next sales.