Well, it is Book Sale Month here in Springfield. The friends of the local libraries hold their book sales. Did that stop me from swinging by Hooked on Books to see what they had on their dollar carts when I had a few minutes to kill on Thursday? Of course not. 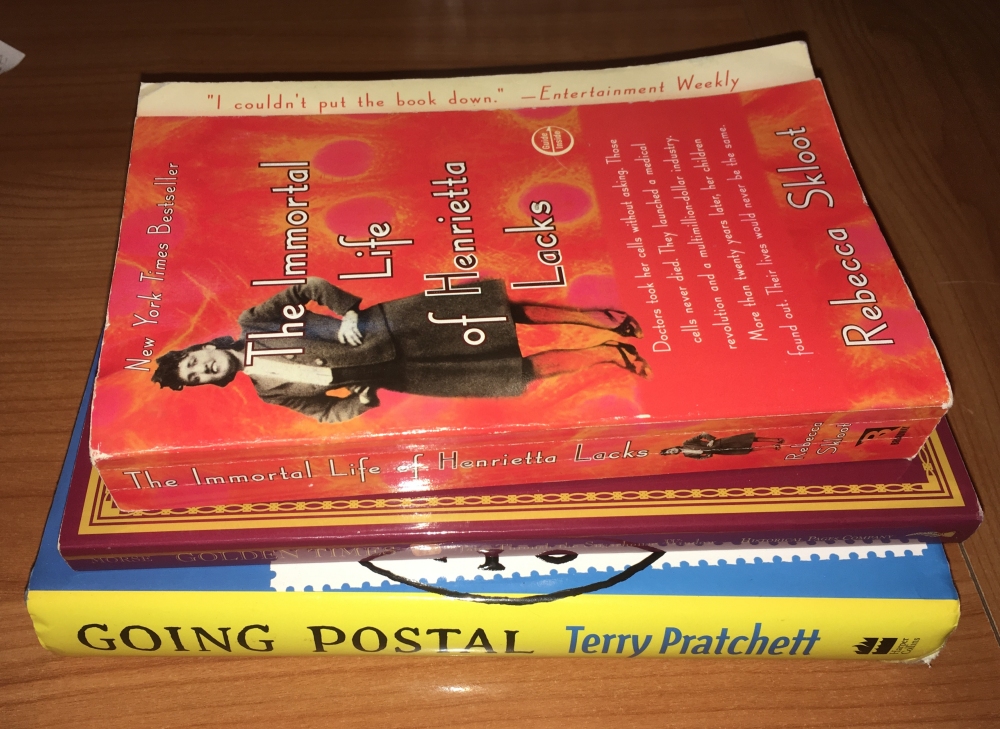 Meanwhile, in Ozark, the Friends of the Christian County Library book sale had already kicked off to little fanfare, and we only managed to go on Saturday morning. Bag day. It still had a sizeable selection when we got there, which allowed me to fill only three bags (and my beautiful wife filled one). So, for eight dollars, we got:

So that’s, carry the one, thirty-three new books. Or, at my current pace, two years’ worth of reading. For essentially nine dollars.

I’d better get to reading instead of telling you about it.