Amongst the music-themed sponsored posts I see on Facebook, I have learned that David Gilmour, of Pink Floyd and solo projects, is apparently a Dallas Cowboys fan: 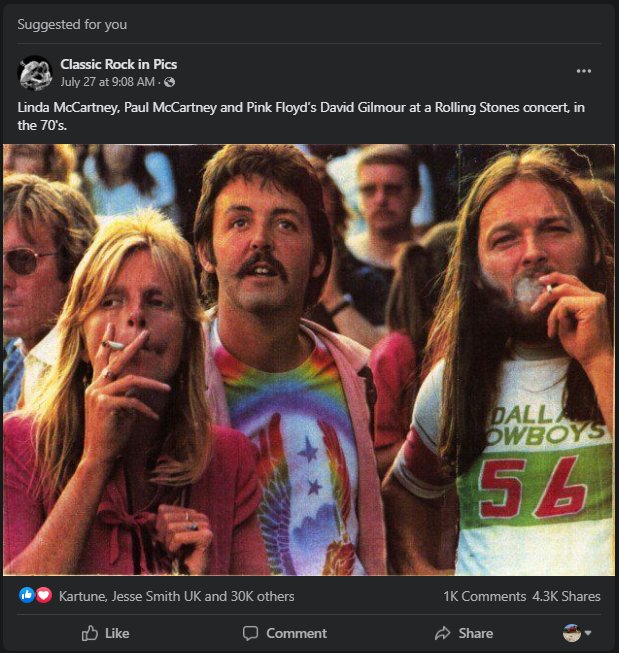 Here’s the last song on his 1984 album About Face–my favorite of his solo albums. I got it on cassette, about wore it out, and now have it on CD. The song is entitled “Near the End”:

I quote it a lot. Well, relative to other songs.