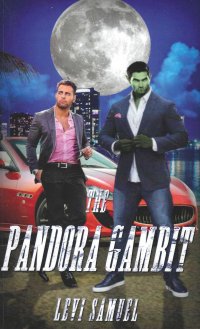 Well, it’s been a while since I bought this book–I got it at the last LibraryCon, in 2019. As I might have mentioned, I recognized the author, who under a different pseudonym wrote Dammit Bre!. So I’ve bought at least six of this guy’s books; this is the second, and the first fiction of them I’ve read.

I guess the point was to write a quick bit of fiction blending urban fantasy with Miami Vice. And, you know what? He did it. I’m going off of his author’s notes here, a bit of Piers Anthony’s thing, as I recall, putting author’s notes about the writing of the book and the reaction of fans to his work.

Alright, so, the plot: The olden folk, elves, orcs, and whatnot, have gone to ground and have hidden from us for centuries, but they’ve also participated in the world a bit where their interests are concerned. In the modern day, an operation of their kind goes awry, and one of the elves betrays his fellows in law enforcement, leaving his partner wounded and left for dead, whilst the elf goes off to help distribute a drug that has different effects on the races. It makes orcs into berserkers, and it elevates humans to be able to see through the magic that hides the other folk. The olden folk want to keep the drug off the streets, and that means that an orc has to partner with a human detective to break the drug ring up.

So it’s a quick, fun read. And I’m a bit inspired by Levi Samuel Rickard–he’s banging out these books, and they’re likely getting better (this is only the second of his I’ve read, but I have four fantasy books floating around somewhere). It’s almost enough to inspire me to work on one of the novels I’ve plotted or stubbed out here, but not yet. Perhaps when the boys are out of the house. But most likely not. But I can appreciate the efforts of those who do.