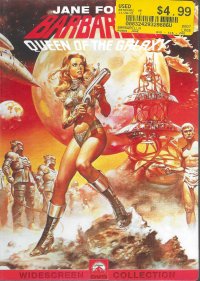 One of my Christmas gifts was a gift card to Vintage Stock, a retailer in used movies, video games, CDs, movies, and records. So sometime right around the turn of the year, I went over to Vintage Stock to spend it, and I amassed a number of movies and DVDs, including this one. It was my lucky day, too, as I made my first (and only) stop to the new comic book shop on Campbell, right across the city from the now-closed Nameless City Games. And although Nameless City did not have the first issue of the Sarah Hoyt Barbarella last July, the new comic book shop had one copy of the first issue six months later. So I got the original movie and the latest pop cultural incarnation on the same day. Spoiler alert: I read the comic first.

So. The plot is that Barbarella, an interstellar agent in the future, has to go to Tau Ceti to find a scientist named Durand Durand who has created a positronic ray that might be used as a weapon. So she goes to Tau Ceti, meets some different people and different species including murderous children, blind angels, and a planet whose energy source is a flowing substance below the ground that feeds off of negative thoughts and emotions–Ghostbusters 2‘s slime sorta. She has sex with a couple of people, and eventually finds Durand Durand who wants to use his ray to take power. But he overreaches and dies.

This is an early Dino De Laurentis film, and the look-and-feel of it, along with some of the pacing, feels a lot like Flash Gordon from 1980 (although this film is obviously earlier). The protagonist in this film, though, is a bit more passive than Flash Gordon–other characters and natives of the planets she visits lead her around to different venues, and sometimes she has sex with them, but most of the time, Barbarella is not leading the action.

At any rate, I’m glad to have watched it for its, what, cultural value? To have seen something that was influential and that continues to be a bit of a touchstone today–I mean, aside from the comic series, there was a musical in 2004, and the band Duran Duran took its name from the name of the scientist, for crying out loud–but as a story and a film, meh (which is quite different from mwah! which is the chef’s kiss, which this film is not).

Below the fold, Jane Fonda as Barbarella in her many outfits. 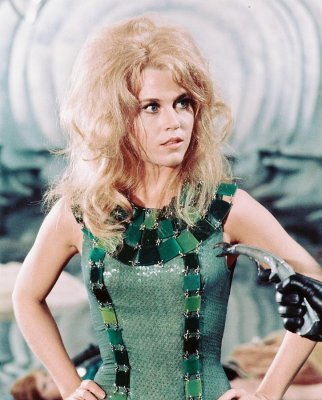 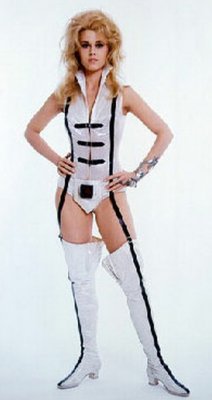 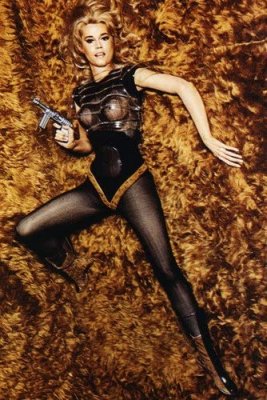 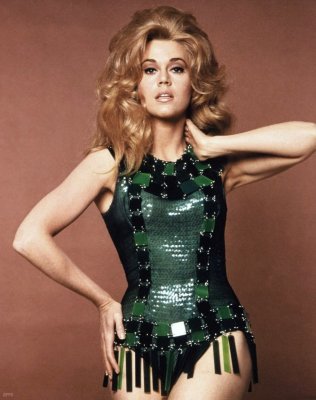 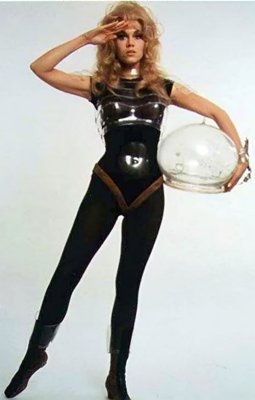 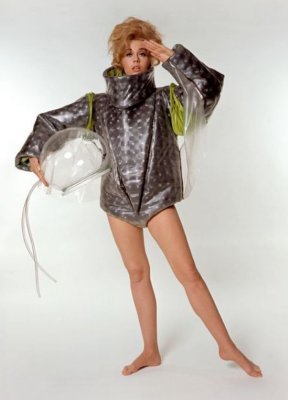 Although I disagree with pretty much every political stance she’s ever taken and think she skirted right up to actual treason during the Vietnam War, I can still enjoy her performances. Although I prefer Cat Ballou and On Golden Pond to this film.