ABC Books hosted an author signing today, so I ran up there after a martial arts class. Mrs. E. says she appreciates the support. I’m kind of like that first guy to arrive at a party, a relief to the host. I was actually there a bit before the author and his wife. Which gave me plenty of time to browse before the main event.

Which did not lead to too much profligacy. 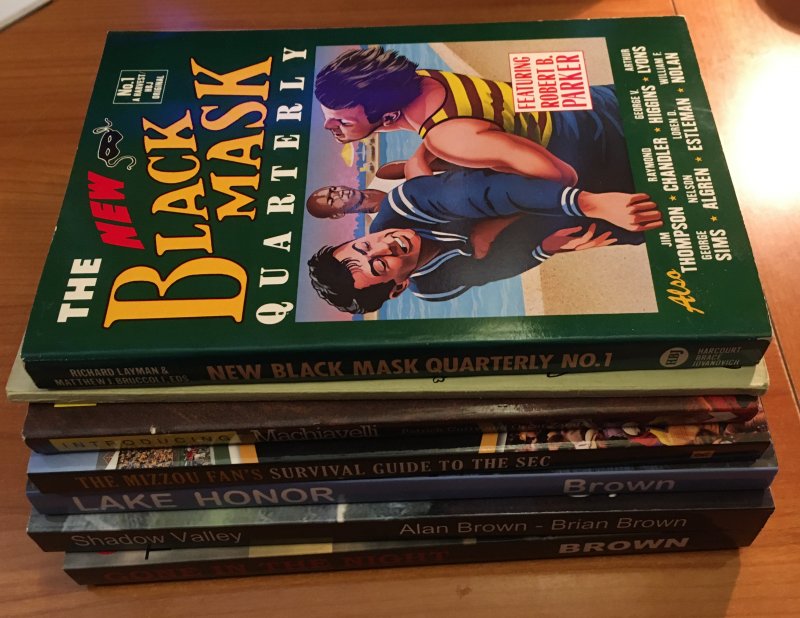 So it’s only five books to lose in my stacks for a decade.

I am most likely to read Introducing Machiavelli or the poetry first, but I’m working on quite a stack of incomplete books currently, so it might be a while.