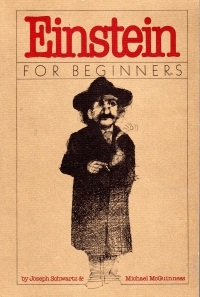 I bought this book in April because I’ve been trying to get my head around higher physics. I’ve picked up, over the last year, a couple books that discuss quantum theory (The Physics of Christianity) and relativity (The ABC of Relativity). I nod along through several chapters, generally less than a third of the book (maybe just the title page and table of contents, come to think of it), and think, “I get this.” And then I come to a certain point in the book, and I am suddenly off the rails and have no idea what the author is talking about.

So I thought maybe this book would help me.

Little did I know this is just a comic book Communist biography of Einstein/indictment of the capitalist system of science and engineering.

It was pretty clear on the first page, where the first illustration was Karl Marx. 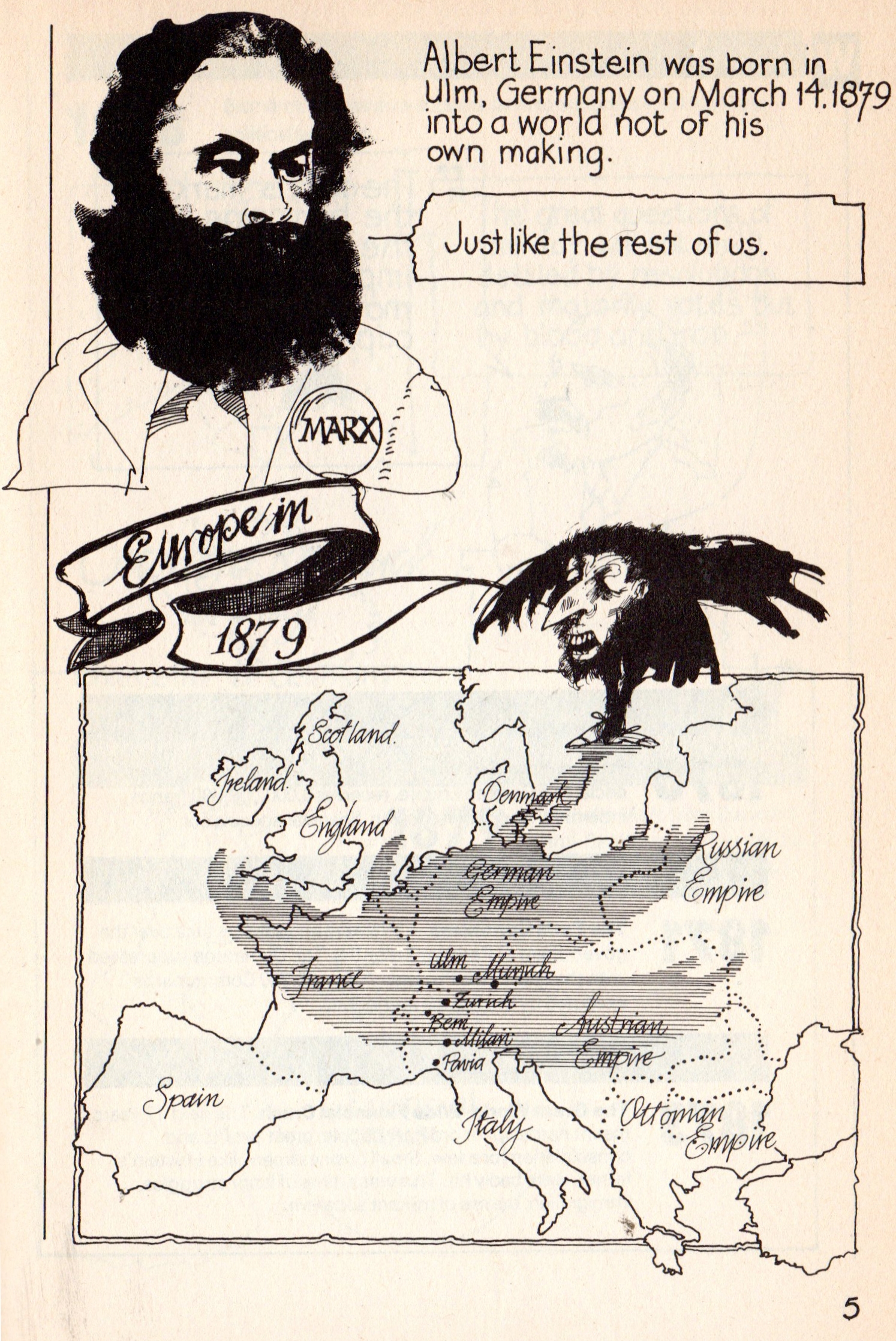 And on the second page, Lenin.

Clearly, I did not open this book at all while picking it up. I blame bag day at the book sale, where I just grabbed books and threw them into the sack willy-nilly.

If only I had read the last page of the book first, I might have gleaned its perspective. The other books in the series to this point were Marx for Beginners, Lenin for Beginners, and The Anti-Nuclear Handbook. 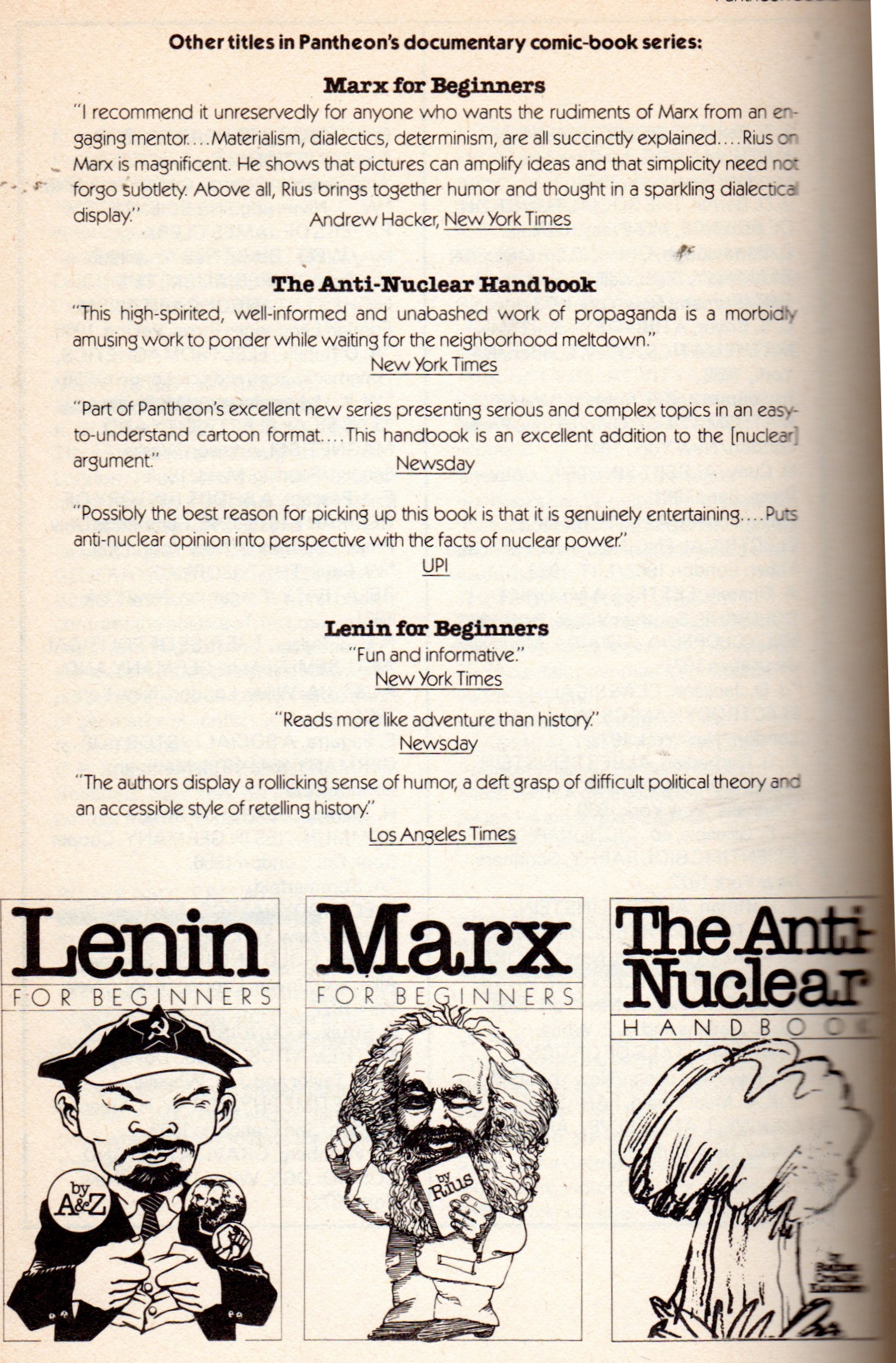 Much of the book talks about Einstein’s early life (told in small text blocks with comic book illustrations), other physicists and natural scientists whose thoughts were Einstein’s building blocks, an unhealthy dose of discovery-for-profit is bad and inequitable class distinctions, followed by a little bit of Einstein’s theory of relativity. Unfortunately, in the last section, the book abruptly shifts from illustrations that make the point to complex physics equations. Which makes sense, as the equations are short ways of illustrating things; however, I’m still at the cartoon understanding level, so the sudden change left me again at a point where I didn’t get it.

I suppose my only hope is that repeated exposure to the material will continue to move my understanding further along before I get to the I-don’t-get-it part.

However, given that this book is more of a political tract than a primer on physics, you’d probably best start elsewhere.

Jeez, earlier this week, I filled out a questionnaire for security clearance. I’m afraid if I’d read this book prior to that, I might have to change some of my answers to much more suspect ones. Apparently, I’m the kind of fellow who reads those kinds of books.

1 thought on “Book Report: Einstein for Beginners by Joseph Schwartz and Michael McGuinness (1979)”