On Saturday, ABC Books had a book signing from a local author and the Library Center, our home library branch, had an author signing books like they used to a long time ago, so we made a circuit to the north end of Springfield and then down south to the library. 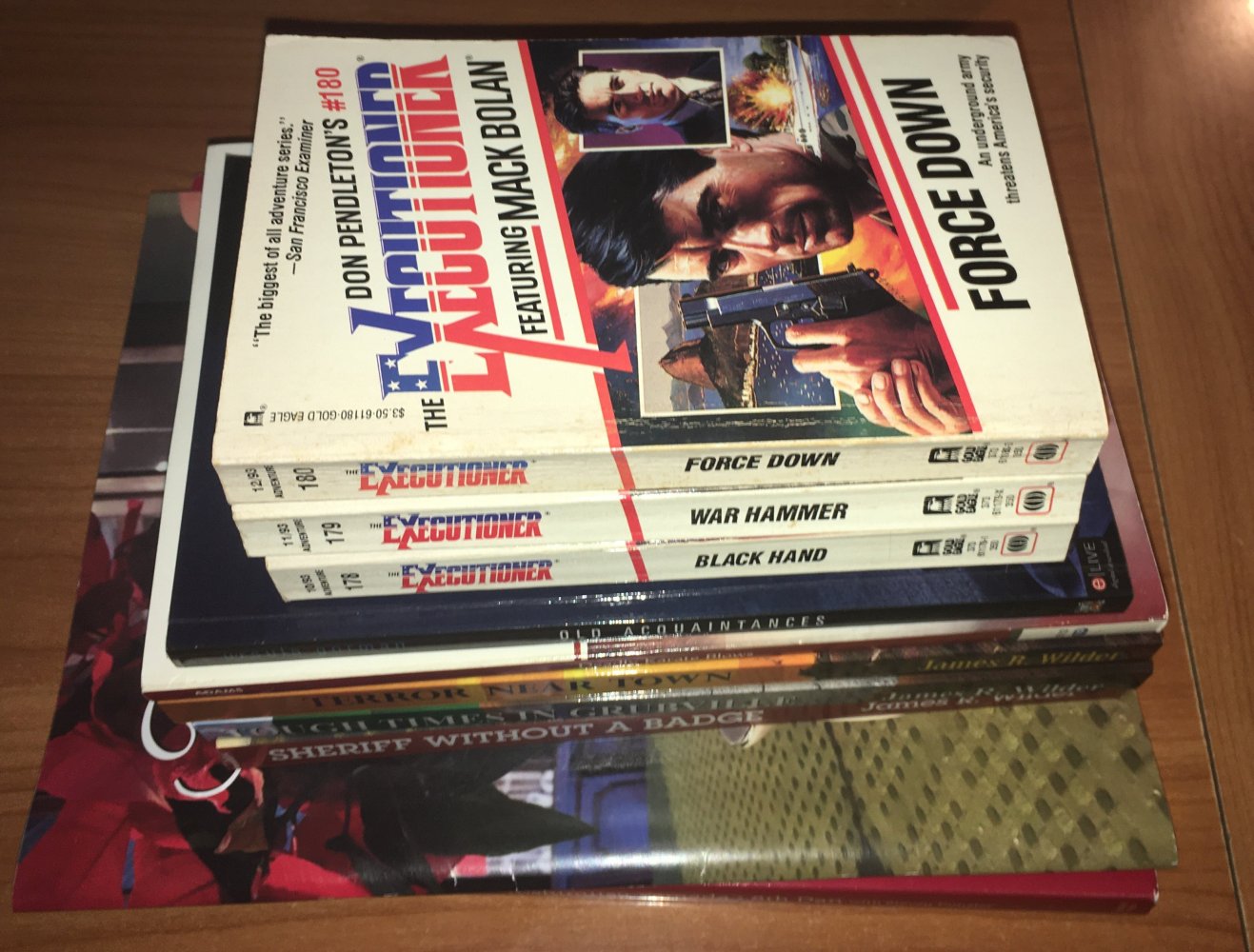 ABC Books had author James R. Wilder; one of his books is Tough Times in Grubville. Grubville is not too far from where I graduated high school (closer than De Soto), so we talked a bit about the area.

I also found a couple things in the Martial Arts section as well. Overall, I got:

I must admit, gentle reader, that since I have finished he Winter Reading Challenge and broke off of reading movie and television books, I’ve been kind of wandering aimlessly and fruitlessly. I have been stacking up incomplete books in my book accumulation points; I have been underwhelmed and not really been excited about what I am reading; and I have been dulling the pain with uneven Executioner novels. So it’s good to have in my hands books that look interesting and that I might be excited to read.

Ha! Just kidding. While typing this post, I have put them into the nebulous Nogglestead to-read stacks, and they’re lost for a couple years.