This weeks Week in Pictures at Powerline features a meme from my area: 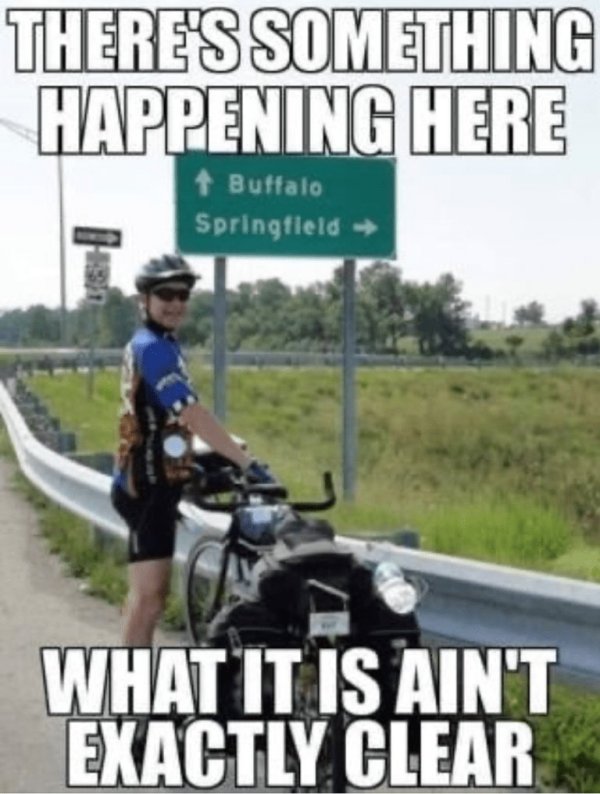 If I am not mistaken, that is Kearney facing east. North of Kearney, there’s only Interstate 44 and then non-overpass intersections north.

Of course, I hardly ever see the intersection going that way–when I’m going to ABC Books, I take US 65 north to Kearney and then turn west on Kearney to get to Glenstone and my favorite bookstore.

I have seen the sign on rare occasions when I have wanted to catch the highway from Kearney or when I have gone east on Kearney to a sports facility formerly known as The Courts, where my boys had a basketball camp and my youngest briefly played in a basketball league.

Not as weird as seeing a known intersection in a CAPTCHA.