I had a couple of minutes between picking up the oldest from his after school activity and picking up the youngest from his after school activity, so I stopped by to see if I could find anything. When I was in during the Christmas season, I had spotted a set of fencing equipment which I believe had two vests, two helmets, four gloves, and two foils, and I would have been all over that if I saw it again. I mistakenly thought I had two $30 gift certificates, so I thought I would almost afford the fencing set which was $75 if memory serves. But I didn’t see it. I started browsing records though, thinking if I could find $30 in records in fifteen minutes, I would spend one of the certificates, and if I only found a couple bucks’ worth of records, I’d pay.

Well, as I have lamented before, record prices have been rising. Not so fast for the old and the obscure stuff I like as much as for more popular fare, but where records would have been a couple bucks a couple years ago, now they’re five dollars and way, way up.

Still, I was playing with house money. And in about twenty minutes, I found enough to spend both certificates. 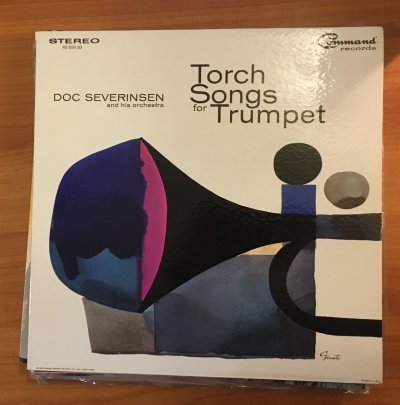 I carefully estimated and thought I’d picked out about $65 in records (profligately). It was only when I got to the register that I re-discovered my gift certificates were for $50 total. But with the discounts applied, the total came to $53 something.

Which means that the records I got only cost me $4. Many of them came with their own mylar sleeves, which is further savings.

However, as my recent tidying of my record shelving has indicated, I really need to build more shelving. Especially with the Friends of the Springfield-Greene County Library book sale coming up later this month with its fifty cent records on the Saturday. Ay, if only I had a pickup truck to easily haul lumber.