Today, I will have spent over an hour aligning the mylar covers on my record sleeves.

As you know, gentle reader, I have a burgeoning record collection. Not one that goes all the way to the ceiling–yet!–but it does fill the record shelving I made in 2019 pretty tightly.

And, in the process of taking them out and putting stacks of them back into the shelves, the sleeves slide a little out on the record sleeves, so they extend in varying lengths out of the shelving.

So today I decided I would reshelve recent listenings and align the sleeves on all of the LPs. It would also give me a chance to find the sleeve for Brahms’ Fourth Symphony which had been shelved with the record still on the record player and thus was lost in the disarray. And maybe find the record for one of my copies of The Lonely Bull which somehow got shelved without its sleeve–more likely, one of the boys put it into another sleeve when we asked one of them to pick a record (and they probably picked John Denver).

I took a quick snap to show you it wasn’t a complete waste of time: 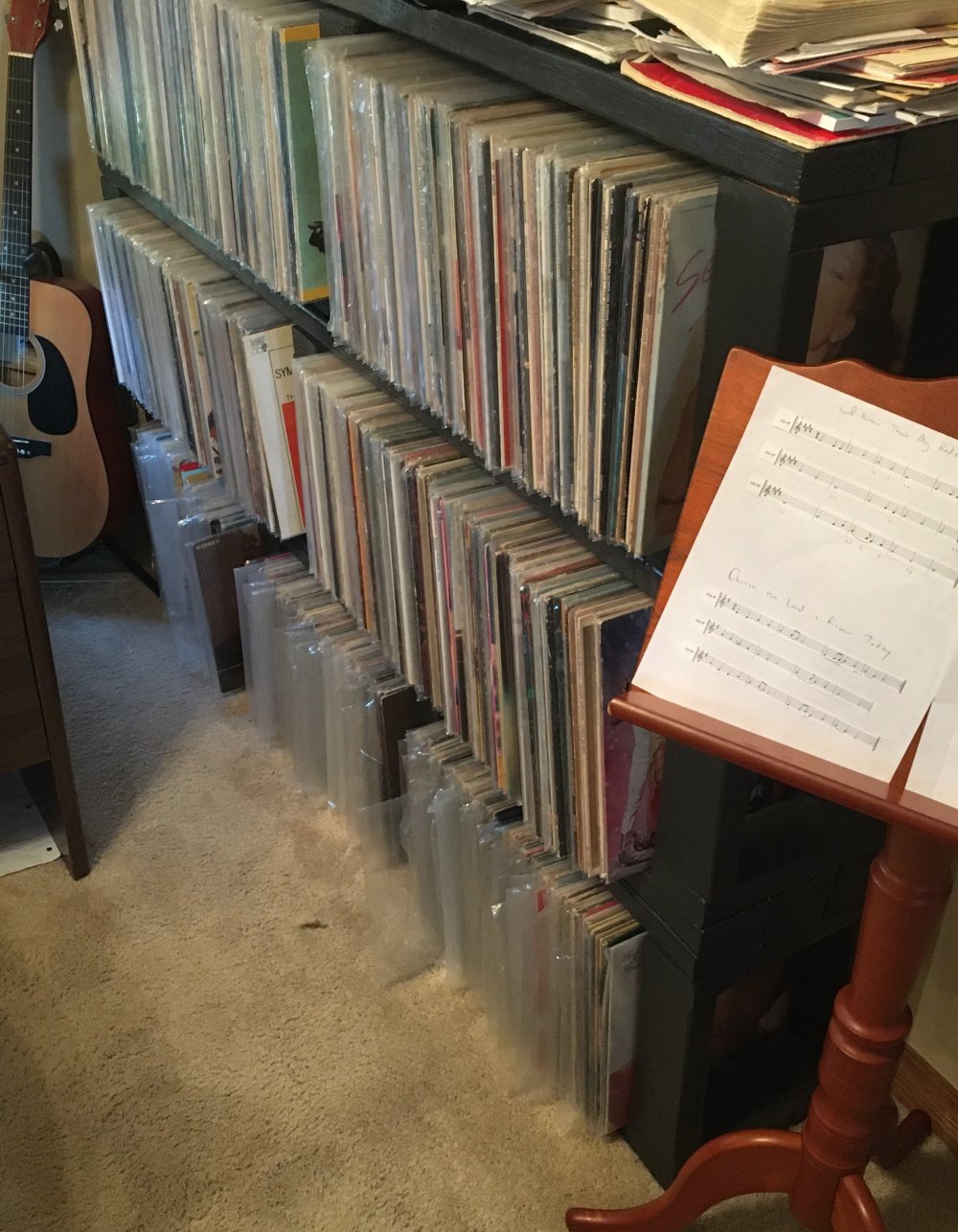 You can see that I’ve done the top two shelves; they all looked like that bottom shelf when I started.

What makes it a partial waste of time is that they will probably look like that again soon. But that’s what chores are: A revolving door of tidy and needing to tidy.

And, hopefully, I will find the Swedish Gospel Singers LP that has been a Sunday morning tradition at Nogglestead for eight years now, I guess, except for when I lose it in rearranging the Christmas albums and whatnot.